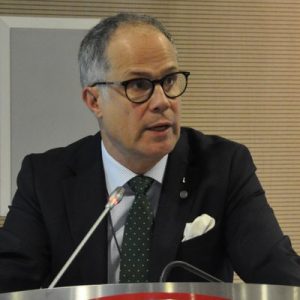 Back in May, many national and European politicians expressed serious concerns over the European Commission’s (DG Environment) handling of the lead shot over wetlands restriction under REACH.

It was claimed (e.g. see link) that the Nature Protection Unit within DG Environment was in breach of the rules by encouraging national representatives in an expert group to actively engage to ensure a positive vote on a legal proposal (lead shot over wetlands) that had exclusive competence within another formal committee under REACH.

This was a serious claim about maladministration affecting millions of citizens within the European Union. More importantly, a claim about a union of Member States and institutions that is founded on strong principles of democracy, transparency and the rule of law.

At the time, I met with Virginijus Sinkevičius, the Commissioner for Environment, Oceans and Fisheries and raised the concerns of citizens in the European hunting community. Many Members of the European Parliament raised concerns too, but the Commission denied any misconduct (e.g. see link). However, following a complaint to the European Ombudsman, the result, which was just published, is clear:

“…the Ombudsman considers that the Commission’s request went beyond what is appropriate to promote its legitimate interest when it explicitly asked NADEG members to contact their national authorities to advocate for a positive vote on the draft Commission Regulation. In accordance with the rules governing expert groups, the role of these groups is to provide advice and expertise to the Commission. Their role does not ostensibly extend to influencing a vote in a comitology committee”.

As President of FACE, my view on this is clear: EU democracy has failed millions of European citizens. The Commission acted in breach of procedural rules and due practice on a file that will affect millions of citizens. The Members of the European Parliament reacted but need to be much stronger in the future when such serious claims of maladministration are made.

Europe has received a clear answer on these claims. I trust that there will be critical lessons learned and consequences resulting from this significant Ombudsman verdict.

FACE works closely with the Nature Protection Unit, which is responsible for the implementation of the EU’s nature directives.