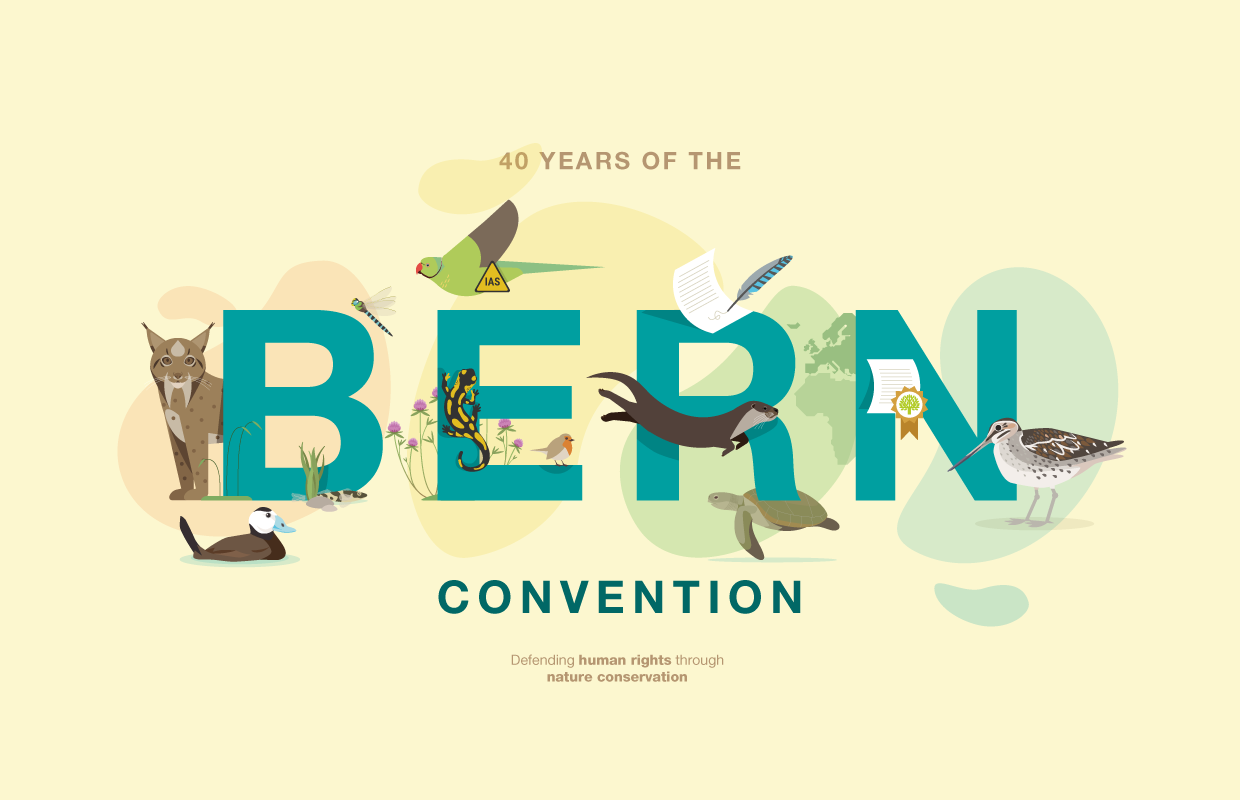 Posted at 16:15h in International Agreements by FACE 0 Comments
Share

FACE recently participated at the 39th meeting of the Standing Committee of the Bern Convention, 3-6 December 2019. The Convention on the Conservation of European Wildlife and Natural Habitats (or Bern Convention) is the first international agreement dedicated to nature conservation, covering most of Europe and some African countries (now 50 States in total).

Government representatives and organisations meet once a year at the Standing Committee meeting in Strasbourg to talk about environment concerns and to take decisions. This year, the focus is on the outcomes of the 2019 meetings and activities, in particular the issue of Bern Convention post-2020 contribution to the current global biodiversity framework, conservation of birds, the fight against invasive alien species, the relationship between biodiversity and climate change, and the management of protected areas. The meeting also witnessed a proposal to amendment to the convention’s appendices, by moving of Barnacle Goose from Appendix II (strictly protected) to Appendix III (protected). Unfortunately, this reasonable proposal by the Norwegian government did not receive the necessary two-thirds majority due to a block abstention by EU-28. See FACE press release.

On invasive alien species (IAS), FACE was pleased to see that its third report on the Implementation of the Code of Conduct on Hunting and IAS was adopted. This work is based on information gathered from 13 European countries (Belgium, Denmark, Finland, France, Germany, Ireland, Italy, Malta, Netherlands, Slovenia, Sweden and United Kingdom). It represents a more comprehensive assessment of the previous report, which was based on data from ten countries in 2017. This report shows the important contribution by hunters across Europe on surveillance, management and eradication of IAS. FACE was also engaged in the development of the new Rome Strategic Plan for 2020-2030 on illegal killing of birds, which was adopted at the Standing Committee. While this is a joint action plan of the Bern Convention and the CMS, the adoption was only made on behalf of the Bern Convention at the stage.

FACE is pleased to join the Bern Convention in celebrating 40 years of conserving our natural heritage. There has been strong cooperation with FACE over the years, from the recommendation on training of hunters (1985), to the Charter on Hunting and Biodiversity (2007), to the more recent work on the role of hunters in combating IAS and the Tunis Action Plan (2013-2020) on illegal killing of birds. The convention’s openness to work with civil society and expert groups such as the Large Carnivore Initiative for Europe has also been valuable for producing well balanced guidance documents which FACE uses as a reference on a regular basis.