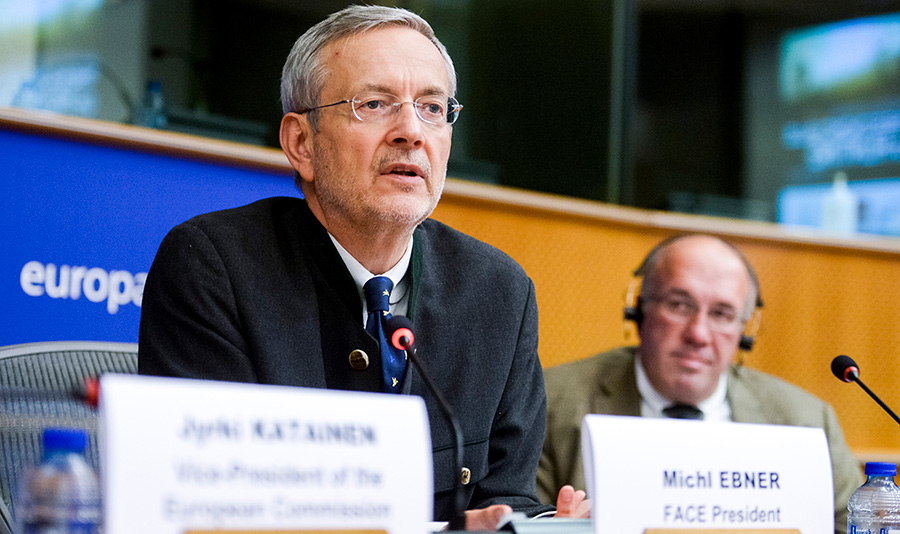 Posted at 11:08h in European Parliament by FACE 0 Comments
Share

In addition to the direct economic contribution (16 Billion Euros), hunters’ voluntary work to protect and manage species and habitats also contributes to the development of Europe’s rural areas by providing employment, increasing the social fabric of rural communities, and transmitting cultural identity and traditions.

During the conference “The Economic Value of Hunting in the EU” held on 27th September 2016 at the European Parliament, FACE explained that hunting is worth 16 billion Euros for the European economy. Europe’s 7 million hunters spend this aggregated amount annually in licenses, leases, firearms and ammunition, equipment and travel. Their contribution, however, also extends to society and to the conservation of nature with countless actions to manage 65% of the EU’s territory in activities related to habitat enhancement, reducing wildlife conflict and damage and monitoring, all of which support for rural development.

The conference was attended by Members of the European Parliament and officials, industry representatives and delegates from the European associations representing today’s 7 million hunters. MEP Karl-Heinz Florenz, President of the Parliamentary Intergroup Biodiversity, Hunting, Countryside, commented that “Hunting is an important driver for rural and national economies throughout Europe. It is ever more important to recognise this, particularly with regard how Europe’s rural regions are changing. We need to recognise the role of sustainable hunting because it contributes to Europe’s rural economy, society and countryside”.

MEP Renata Briano, Vice-President of the Hunting Intergroup, highlighted that “the impact of hunting on national economies and the European economy is decisive and must be taken into proper consideration and integrated into future national policies related to biodiversity and rural development”.

The President of FACE Michl Ebner expounded the figures from various studies conducted in Italy, Austria, England, Greece, France and Ireland claiming that an integrated methodology would provide an even more accurate picture of the economic contribution of the hunters. “If we consider direct expenses and voluntary work hunting could be worth 32 Billion Euros. But this is a conservative estimate requiring better methodologies”. In fact it could be worth from 9.8 to 13 Billion Euros more depending on how figures are gathered.

In conclusion, President Michl Ebner stated “In order to better assess the economic value of hunting we urge the Commission to entrust EUROSTAT to survey, at five-year intervals, the economic impact of hunting, fishing, watching and gathering wild species as an EU indicator of sustainable use for assessing the implementation of the Convention on Biological Diversity”.

Hunting in all its complexity cannot only be measured in monetary terms. In fact, hunting must also be considered as an ecosystem service that produces intangible benefits for the economy and countryside of rural Europe by providing alternative sustainable employment, increasing quality of life and transmitting cultural identity and traditions.

Please find in the links below: