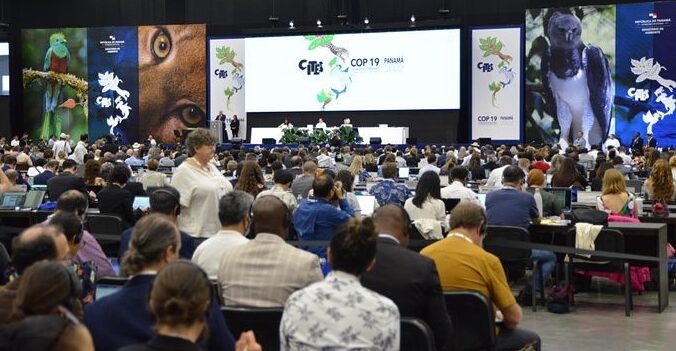 Posted at 08:40h in Wildlife Conservation by FACE 0 Comments
Share

This global wildlife trade conference takes place every two to three years during which Parties meet to review the implementation of the Convention and take various decisions on a range of issues from regulating or banning international trade in species under threat to better involvement of indigenous people and local communities (IPLCs). See the CIC’s reporting on IPLCs here.

Many organisations, which are fundamentally against wildlife trade (and hunting) are also present to push ideological bans, including on the movement of certain hunting trophies. These organisations fail to recognise that sustainable wildlife trade can be a powerful nature-based solution for meeting the twin challenges of enhancing rural livelihoods and conserving biodiversity. In this context, hunting can be an important tool that contributes to the conservation of many species, including those that are endangered. In terms of CITES, the movement of harvested game products (including hunting trophies) is an important aspect of sustainable use.

The European Parliament:
Ahead of every CITES COP, the Environment Committee in the European Parliament (ENVI) pushes an ideological position on the movement of hunting trophies contrary to the conservation evidence. Fortunately, this has little impact on EU or CITES decision-making and continuously fails to even make reference to the CITES Resolution recognising the important role of trophy hunting for conservation whereby in 2016, CITES Parties unanimously adopted an important resolution on trade in hunting trophies. This recognises that “well-managed and sustainable trophy hunting is consistent with and contributes to species conservation, as it provides both livelihood opportunities for rural communities and incentives for habitat conservation, and generates benefits which can be invested for conservation purposes”.

What’s FACE’s position?
See the joint FACE, SCI and SCIF Sustainable Use Voting Guide with recommended positions on issues that impact hunting and other sustainable use priorities: