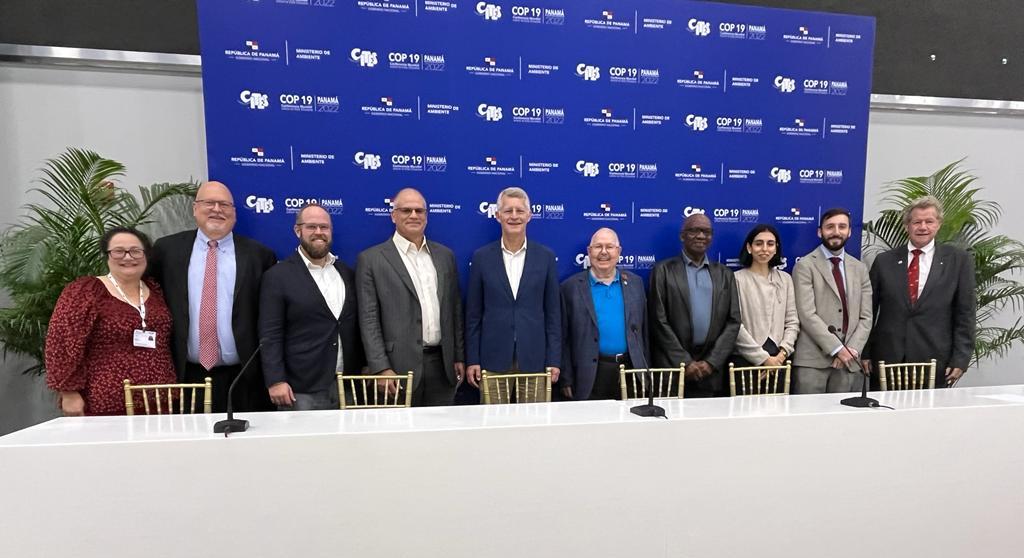 28 Nov 2022 What happened at world’s largest wildlife trade conference? A run down for Europe’s hunters

The 19th meeting of the CITES Conference of Parties to CITES (COP19), also known as the World Wildlife Conference, concluded on 25 November in Panama. CITES regulates international trade to make sure that trade in endangered species is legal, sustainable and not detrimental to the survival of the species.

During the past two weeks more than 2.000 delegates discussed 52 listing proposals and many working documents. FACE followed discussions on key listing proposals, such as Hippopotamus, Southern white rhino, African Elephant and on many agenda items, such as livelihoods, engagement of indigenous peoples and local communities in CITES process, and quotas for leopard hunting trophies.

Hippopotamus (Hippopotamus amphibius)-proposal 1
The initial proposal to transfer hippopotamus from Appendix II to Appendix I was amended by the proponents. The revised proposal suggested to retain the listing of Hippos on Appendix II with the annotation of a zero export quota for wild specimens traded for commercial purpose. The CoP voted to reject the proposal after long discussions.

Southern White Rhino (Ceratotherium simum simum)-proposal 2
Namibia proposed to transfer its population of southern white rhinos from Appendix I to Appendix II with an annotation for the exclusive purpose of international trade in live animals for in-situ conservation only, and hunting trophies. The proposal was adopted in a limited version restricting it to the exclusive purpose of live animals for on-site conservation only within the natural and historic range of the white rhino in Africa.

African Elephant (Loxodonta africana)-proposal 5
The proposal to transfer the four populations of Appendix II-listed elephants to Appendix I was rejected by Parties.  A similar proposal has been debated and rejected repeatedly by previous Conferences of the Parties. The elephant populations in countries in Southern Africa, including the four with Appendix II populations, are either increasing or stable compared to other parts of Africa. Shifting elephant populations in these countries to Appendix I makes little biological sense, and even less wildlife management common sense.

Quotas for leopard hunting trophies
The CoP was invited to amend Res. Conf. 10.14 on ‘Quotas for leopard hunting trophies and skins for personal use’ by changing the quota for Ethiopia from 500 to 20 trophies, as requested by Ethiopia, and removing quotas for Kenya and Malawi, as requested by Kenya and Malawi. Parties adopted the Standing Committee’s recommendations and recent decisions from COP18 were renewed with minor amendment proposed.

Participatory Mechanisms for Rural Communities in CITES
CITES Parties rejected the proposal made by Eswatini, Namibia and Zimbabwe on the establishment of a permanent CITES Rural Communities Committee for the direct involvement of rural communities in the CITES decision-making processes. The CoP agreed that the proponents could refer the matters raised in the document to an inter-sessional working group to be established by the Standing Committee under an agenda item on engagement of indigenous peoples and local communities in CITES process.

What is the CITES CoP?

The CoP provides a forum for Parties to: