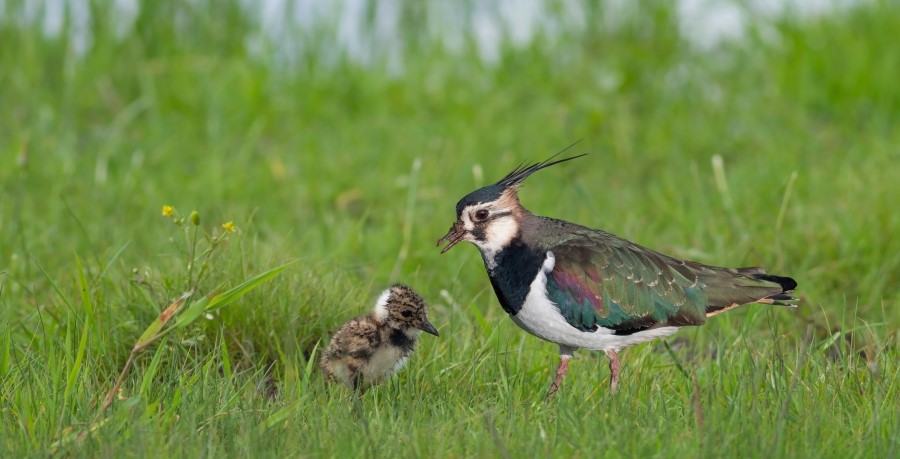 WHAT IS IT?
Birds@Farmland is an initiative from the European Commission launched in 2020 that aims at supporting Member States in the conservation of bird species of agricultural landscapes through the creation of 22 farmland bird conservation schemes. To do so, workshops with the 10 involved Member States (Austria, Bulgaria, Czechia, Germany, Spain, Finland, France, Hungary, Italy, and Portugal) and relevant stakeholders at EU and national levels took place. The primary aim was to integrate these schemes into the Common Agricultural Policy (CAP) national Strategic Plans.

This initiative takes place in the frameworks of Member States’ implementation of the Birds Directive’s Articles 3 and 4, but also contributes to the success of the EU Green Deal, the EU Biodiversity Strategy for 2030, and the Farm to Fork Strategy.

WHAT SPECIES DOES IT CONCERN?
A list of 15 flagship species was created following several objective criteria. One of the criteria for retaining species on the list was a balance between different status, including being huntable in the EU. Accordingly, 8 Annex II species were included in the list: the Skylark (Alauda arvensis), Black-tailed Godwit (Limosa limosa), Northern Lapwing (Vanellus vanellus), Common Redshank (Tringa tetanus), Eurasian Curlew (Numenius arquata), Grey Partridge (Perdix perdix), Ruff (Calidris pugnax) and European Turtle Dove (Streptopelia turtur). Other emblematic farmland species were selected such as the Little Bustard (Tetrax tetrax) or the Montagu’s Harrier (Circus pygargus).

Evidence necessary for the conservation of these species was collected and synthesized into species fact sheets. These factsheets can be found here.

In these factsheets, relevant information on the species conservation can be found, such as the relevant agricultural systems in which they occur or the most successful measures. Another important aspect of these species is their umbrella character showing that actions taken in the framework of conservation of one species, contributes to other species’ conservation. For example, actions targeting the Skylark, also benefits the Turtle Dove or actions for the Black-tailed Godwit also benefit the Common Redshank, the Northern Lapwing, the Ruff, and the Eurasian Curlew.

This highlights that the needs of many species are interlinked and that action targeting one of these flagship species often benefit other species of the list. For example, set asides on agricultural areas and flower strips or plots can both increase the diversity and availability of insects and seed which are food resources for birds. Thus, these measures benefit a large variety of birds, including flagship species such as the Skylark, Grey Partridge, Turtle Dove, Northern Lapwing, Montagu’s Harrier, Yellowhammer, Crested Lark, Shrikes, Whinchat and the Little Bustard.

WHAT PRACTICAL ACTIONS HAVE BEEN CREATED FOR FARMLAND BIRDS?
The initiative developed 22 conservation schemes (CSs) for farmland birds in 10 Member States, with a focus on 10 Agricultural systems and the 15 flagship species. These were based on the best available science and designed to allow high uptake of farmers and Managing Authorities. The factsheets on each of these conservation schemes can be found  here.

Relevant information about these schemes can be found on the factsheets, such as its description, goal, type, targeted agricultural systems, its aim and the species it benefits, as well as practical information such as the main actions or commitments related to the threat they address, and preliminary calculations of compensation costs for farmers.

Several schemes were designed targeting huntable species. For example, the scheme on restoring the functionality of crop-dominated landscapes for common farmland birds aims at securing resources for declining common farmland bird species on intensive annual crops landscapes with measures such as maintaining stubbles, fallows and non-productive areas for species such as the Turtle Dove and the Skylark.

Often, these schemes can benefit several (huntable) species. As an example, the biodiversity-friendly grazing on cultivated pastures scheme in Finland aims at enhancing biodiversity on cultivated pastures through adaptive grazing of cattle and mowing and benefits many other species that are huntable (Skylark, Northern Lapwing, Common Starling, Common Curlew, Back-tailed Godwit, Redshank, and Ruff) or non-huntable (Barn Swallow, Whinchat).

HOW DOES IT TRANSLATE INTO LEGISLATION?
Member States were invited to consider these conservation schemes in their CAP Strategic Plans as well as other relevant policy tools. Of the 22 schemes:

The five schemes that were fully integrated were:

WHAT IS FACE’S VIEW ON THE INITIATIVE?
Recognising that the main cause of farmland birds decline is the loss of habitat due to intensification of agriculture, eco-schemes and other processes rewarding farmers for enhancing biodiversity on their land are of paramount importance. FACE welcomed the initiative which sets new examples of practical actions that can be carried out in the field and provides good information.

As FACE is concerned by the unsecure status of the species listed under the Annex II of the Birds Directive, i.e., the huntable species, the inclusion of several huntable species on the list of flagship species on which the schemes focused was well received. The supporting information material produced (i.e., the fachtsheets) show that the conservation of farmland bird species is often interlinked as actions undertaken focusing on one species often benefits other, as many species have similar needs, such as quality breeding and feeding areas resulting from measures aiming at increasing seed and insects’ diversity and availability. For example, the Turtle Dove is showed to benefit from 8 of the 22 schemes designed, even if these schemes can initially target other species such as the Grey Partridge, the Shrikes or the Great Bustard and are not necessarily targeting it.

Across Europe, hunters carry out many actions on the ground (as demonstrated in our BDM) which benefit a large variety of species, both huntable and non-huntable and declining or not. Often, these actions target game species which are often umbrella species, so that improving conditions for these species will benefit a large array of wildlife, including other declining bird species. This is especially the case on farmland areas where the many year-round actions undertaken by hunters generate a much wider benefit to nature conservation than just increasing the hunting opportunity.

FACE urges stakeholders, including hunters, farmers and national decision-makers, to take note of this important initiative as it provides a good basis for experience and knowledge-sharing. Although many schemes designed under this initiative were not included in national CAP strategic plans, all schemes constitute good practice examples to be replicated and included in national CAP Strategic Plans.