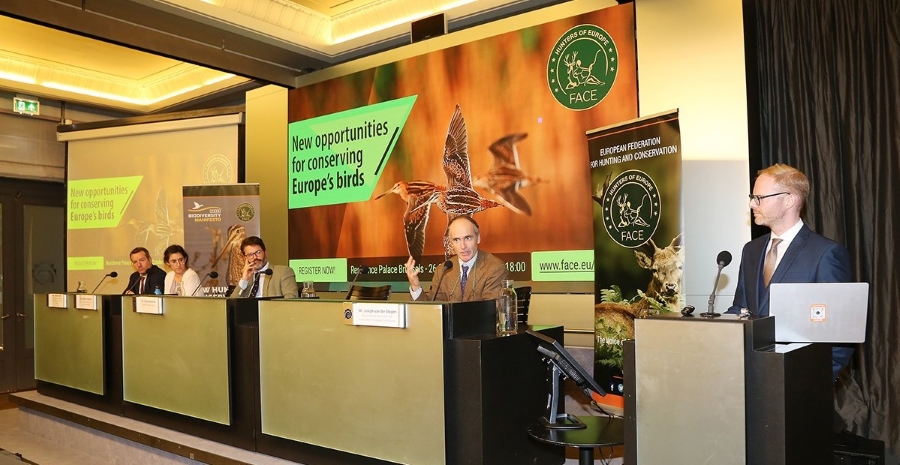 On 26 October 2022, MEP Álvaro Amaro (PT, EEP) and MEP Alex Agius Saliba (MT, S&D), together with the European Federation for Hunting and Conservation (FACE), hosted the high-level conference “New opportunities for conserving Europe’s birds” in the Residence Palace, Brussels. This event discussed opportunities for conserving habitats and ecosystems for Europe’s birds in line with the latest European policy developments including the Common Agricultural Policy (CAP) reform and the upcoming Nature Restoration Law.

In his opening speech, MEP Álvaro Amaro, President of the European Parliament’s “Biodiversity, Hunting, Countryside” Intergroup said: “The EC’s proposal on EU Nature restoration Law can play […] an essential role ensuring that degraded habitats are restored. Restored habitats will greatly benefit bird species affected by habitat loss and fragmentation. If we want to ensure that this idea translates into several successful initiatives on the ground, we must involve all relevant rural stakeholders and put in place the right incentives.”

MEP Alex Agius Saliba, Vice-President of the Intergroup a stressed that: “In Europe, at this very moment, we have a group of 7 million hunters who are key partners and whose contribution to conservation cannot be overstated, especially in light of the different initiatives adopted under the EU Biodiversity Strategy for 2030. I believe the new nature restoration proposal represents a good opportunity to support conservation actions by Europe’s hunters. It’s important to support conservation actions by hunters and that community-based conservation and active stakeholder engagement are promoted at all levels.”

The keynote speech was given by Mr. Joseph van der Stegen, Nature Conservation Unit, DG Environment, European Commission, who stated that: “Many birds have undergone a major decline in the EU over the last years, especially those depending on farmland. The Nature Directives and the upcoming Nature Restoration Law aim to restore habitats of birds to a good quality, among other goals.  Hunters have a role to play in this challenge!   When managing hunting grounds and beyond, they have the opportunity to contribute to restoring nature in the EU and delivering benefits for the society as a whole”. 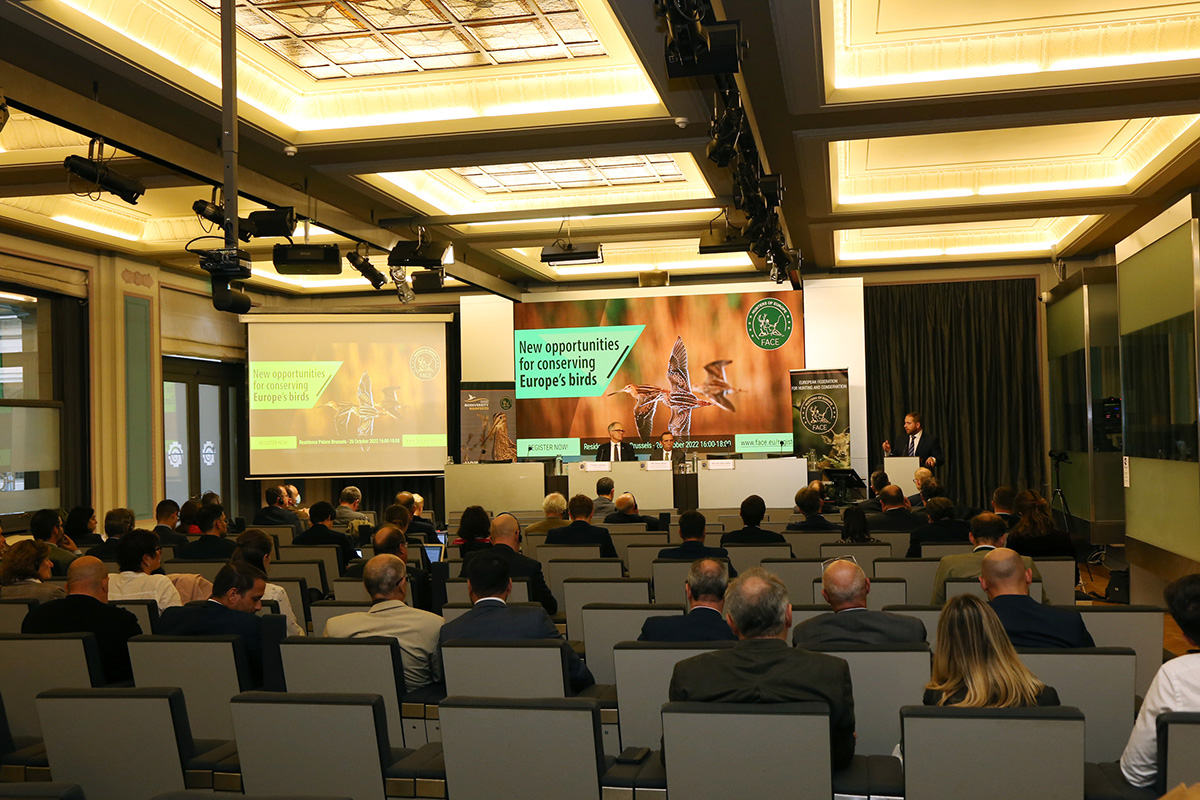 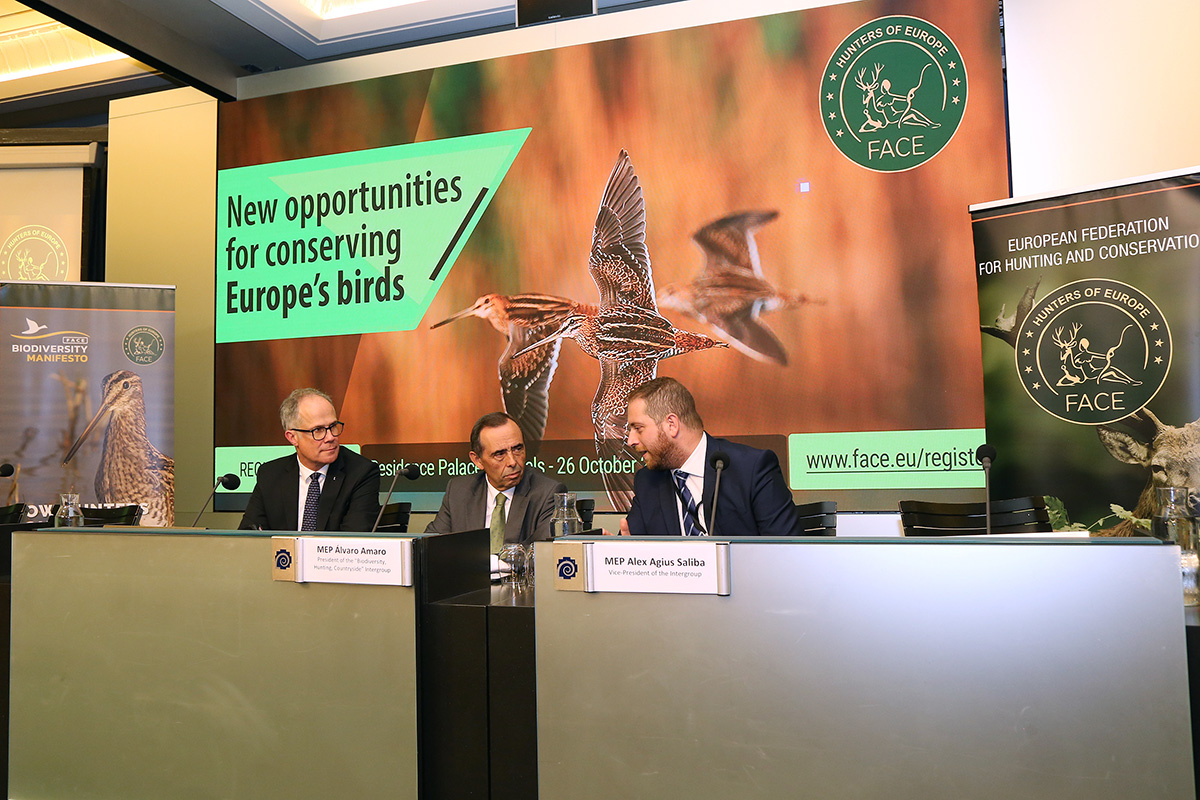 Barbara Herrero Cangas, Birdlife Europe & Central Asia added that: “Conservationists and hunters should have the same objective: healthy bird populations. We’ve seen the recovery of many species through good legislation that has been enforced, science-based decisions and investments in active conservation. But birds are still in decline. We have now a huge opportunity to bring birds and their habitats back through the new Nature Restoration law. We do hope to see the hunting community strongly mobilised in favour of the law, alongside the environmental NGOs”.

In his presentation, Dr. Carlos Sánchez García-Abad, Fundación Artemisan (Spain) spoke about the opportunities for Turtle Dove, Quail and Red-legged Partridge conservation: “In Spain, hunters are showing a true commitment to conserve gamebirds and other wildlife, which is the case for Red-legged partridge, Turtle dove and Common quail. But the clock is ticking, so the future CAP and Nature Restoration Law could be a turning point to change the fate of these species, as hunters cannot change the current situation on their own.”

Mr. Nicolas Rivet, Director General, Fédération Nationale des Chasseurs (FNC), France, described the efforts carried out by French hunters. He particularly highlighted that hunters, which represent a large rural stakeholder group in France, are extremely active on the ground. In total, they carry out more than a thousand projects in favour of biodiversity ranging from monitoring migratory birds by GPS tagging or radars, to habitat creation and management, including wetland restoration, and wildlife disease detection. Mr.Rivet demonstrated that hunting community is a driving force of nature conservation in France.

WHAT IS FACE? Established in 1977, FACE represents the interests of Europe’s 7 million hunters as an international non-profit-making non-governmental organisation. This makes FACE the largest democratically representative body for hunters in the world and probably one of the largest European civil society organisations. FACE is made up of its Members: national hunters’ associations from 37 European countries including the EU-27. FACE also has 7 Associate Members and has its Secretariat in Brussels. FACE works with its partners on a range of hunting-related matters, from international conservation agreements to local implementation issues with the aim of sustaining hunting across Europe.