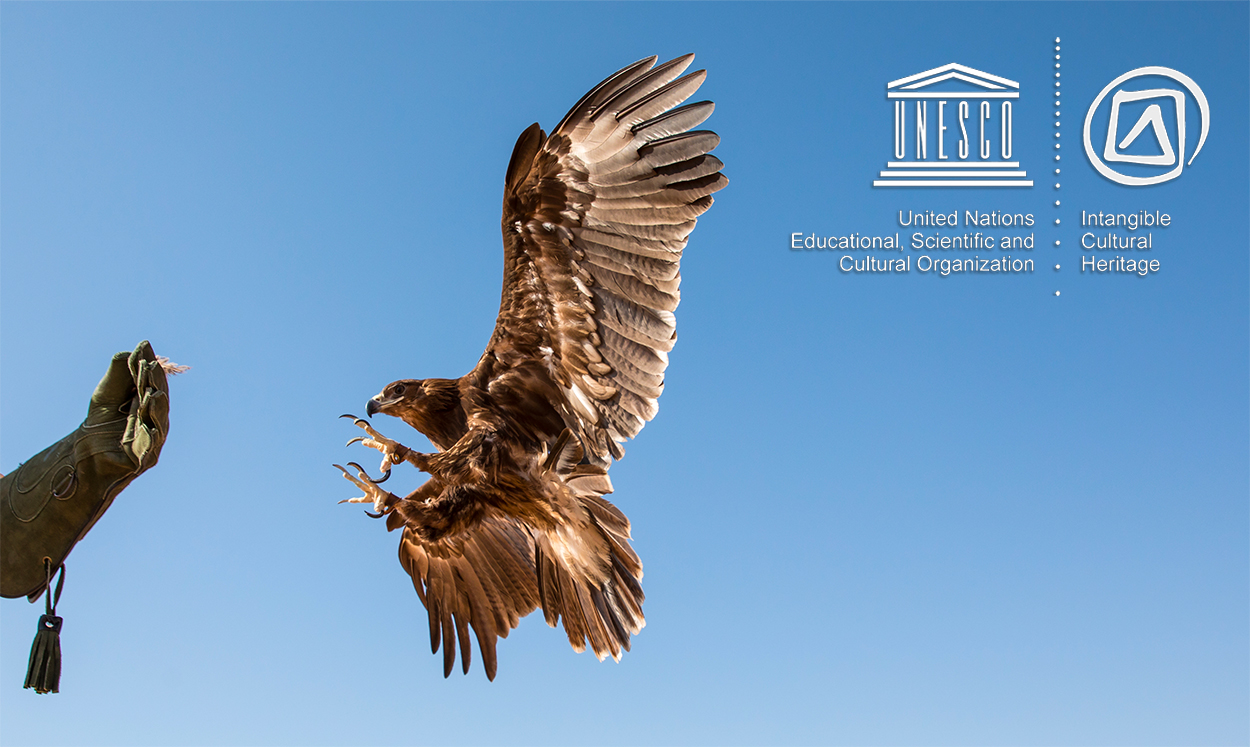 The European Federation for Hunting and Conservation (FACE) and the International Council for Game and Wildlife Conservation (CIC) are delighted that UNESCO decided to include six new countries – Croatia, Ireland, Netherlands, Poland, Slovakia, Kyrgyzstan – on the inscription “Falconry, a living human heritage” of the Representative List for the Intangible Cultural Heritage of Humanity (ICH). These important additions contribute to an impressive global recognition for 24 countries, highlighting the need to promote and encourage the cultural importance of falconry.

The inscription was officially approved on 14 December 2021 in Paris at the meeting of the Intergovernmental Committee for the UNESCO Convention on the Safeguarding of the Intangible Cultural Heritage. The international recognition of falconry in these countries will help support awareness-raising of the element of cultural heritage.

The value of this listing is not just to the countries among the 24 that are named. In order to get such an international listing, all 180 countries in UNESCO ICH must vote in support as the convention works by consensus. If even one country disagrees, it stops the listing. This listing by UNESCO may be used to back up arguments in favour of falconry even in countries, which are not signatories to the convention. A successful listing of any element on the International List obligates governments not only to allow but to assist and promote the element.

Referring to the good news, Gary Timbrell CEO of the International Association for Falconry and Conservation of Birds of Prey (IAF) stated:

“There’s an old proverb that says ‘A society grows great when old men plant trees in whose shade they shall never sit’. This recognition by UNESCO is due to those who have gone before, those who have nurtured and cultivated the art of falconry knowing that they may never see it recognized. Falconry is a family; it is touching that so many countries feel a part of this family”.

Earlier this year, FACE members adopted a new falconry position in Europe to guide work on this topic. This position advocates:

The subject of falconry was at the core of the discussions during the last CIC General Assembly in Budapest in September 2021. A number of panellists during the session “Culture of the countryside” cited it as a shining example of the role that UNESCO recognition can play, not only in safeguarding cultures but in creating a sense of responsibility and stewardship towards traditions.

Falconry is the art of hunting with trained birds of prey – born out of ancient local tradition around the world – and appreciated today as a global cultural phenomenon that is present everywhere. It has a pivotal role in multiple facets of our culture and enjoys a long history dating back over 4000 years.