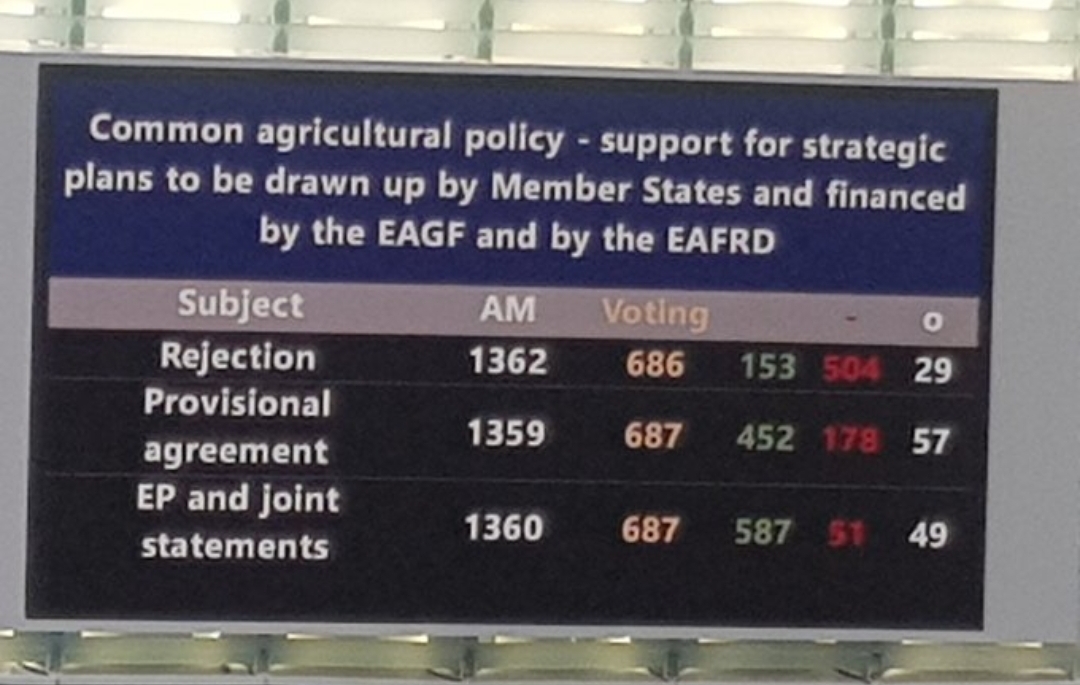 24 Nov 2021 European Parliament approves the next CAP: Member States must deliver for the environment

Posted at 16:50h in European Parliament by FACE 0 Comments
Share

On 23 November – after more than three years of negotiating – the European Parliament gave the green light to the new CAP. The text voted yesterday was already agreed upon during the lengthy trilogue negotiations between the Parliament and Council negotiating teams. The Council will approve the text in early December. The new rules will be applicable as of 1 January 2023.

The new EU farm policy has raised much controversy both in Brussels and Member States. According to critics, it does not provide a sound legal framework to deal with the loss of biodiversity in Europe. Moreover, compared to the original Commission proposal, some elements of conditionality have been weakened. By doing so, we may have lost an important opportunity to reverse declining trends in small game populations.

Importantly, according to the new CAP, Member states will be obliged to ensure through their national plans that at least 35% of the rural development budget and at least 25% of direct payments will be dedicated to environmental and climate measures. Nevertheless, as eco-schemes and agri-environmental schemes are not compulsory for farmers, the risk is that a limited take-up of these measures will produce little results for small game and other farmland species, which have continued to decline in Europe’s agricultural landscapes.

As FACE underlined in its recent statement on national farm policies it is now vital for Member States to ensure that CAP Strategic Plans deliver for biodiversity.

Agri-environmental schemes (AES) and the new eco-schemes must encourage environmentally friendly practices that reward farmers for habitat creation, for example, by providing quality habitats for birds, pollinators, other insects and farmland species. Effective measures have considerable potential to benefit huntable species such as the Grey Partridge, European Hare, breeding waterbirds as well as pollinators, insects and wider biodiversity. Locally-led and results based AES must be further incentivized.

See www.biodiversitymanifesto.com for how hunters’ conserve biodiversity on Europe’s farmland.