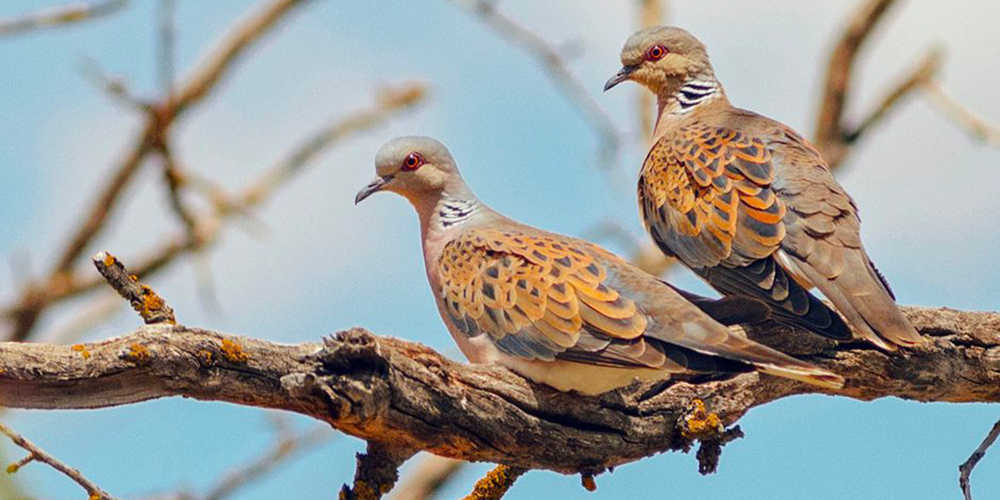 Posted at 09:48h in Nature Conservation by FACE 0 Comments
Share

Today is world Migratory Bird Day and the European Federation for Hunting and Conservation (FACE) is using the occasion to highlight the important conservation efforts put in place by the hunting community for the Turtle Dove.

Changes in farming have driven the decline of this species in Europe, and targeted conservation action by Member States is needed. Farmers and landowners need to be properly incentivised to create suitable habitat for the species. Where such measures are available, hunters are (and will be) key to promoting farmer up-take and helping to get the job done.

The hunting community is passionate about the conservation of the Turtle Dove. Some national examples of hunter-driven conservation actions include:

SPAIN
Hunters create and manage habitat in combination with water provision and supplementary feeding in estates/reserves where hunting takes place. 80-90% of these costs are supported by hunters and managers. In 2016, 287 million euros were spent by hunting managers on habitat management measures. The Turtle Dove is doing better in areas managed by hunters in Spain.

FRANCE
The French hunting departmental federations are actively involved in improving conditions for the Turtle Dove, particularly through habitat improvements. For example, in the department of Vendée alone, more than 1 million trees and bushes were planted in the last two decades.

ITALY
Each year, thousands of hectares are actively managed for Turtle Dove by the hunting community, costing hundreds of thousands of euros from hunters’ funds. Survey evidence from a couple of hunting departments shows that 990 ha are managed (habitat creation and management) by hunters for the Turtle Dove generating costs of 397,385 euros. These funds are supported by the income from hunting taxes.

GREECE
In Greece, the Hellenic Hunting Confederation is engaged in numerous habitat measures benefitting the Turtle Dove including hedgerow planting, water provision and seed-rich habitat creation. Each year, thousands or hectares are planted with various crops, many of which are left unharvested. From 2005 to 2019, these conservation costs reached more than 2 million euros supported by the Greek hunting community alone.

MALTA
Under the coordination of the Federation for Hunting & Conservation – Malta (FKNK), hunters are engaged in several important conservation actions for the Turtle Dove including habitat creation/management (e.g. link), captive breeding and releasing, monitoring and research. The breeding/release project is Malta’s main contribution towards the conservation status of the species in the wild, since the Turtle Dove does not breed on the islands. The bird passes through Malta in spring and autumn, but in smaller numbers. The Turtle Dove is the primary “game bird” in Malta, although harvested in small numbers, which incentivises these hunter-driven conservation efforts and the work by FKNK.

See the international action plan for the Turtle Dove HERE