FACE has written to the editor of the UK’s Independent newspaper in response to this factually incorrect and misleading article. See our response here:

On 27 April 2021, Joe Sommerlad from “The Independent” published a misleading article with defamatory quotes against my organisation: Italy allows hunters to shoot 7.5m rare turtle doves: This will accelerate decline until no birds are left.

The article states that hunting associations in Italy have “done nothing to halt the decline” of Turtle Dove. In reality, nothing could be further from the truth. Each year, thousands of hectares are actively managed for Turtle Dove by the hunting community, costing hundreds of thousands of euros from hunters’ funds.

The article states that 7.5 million Turtle Dove are shot in Italy, but a quick fact-check shows that only 135,000 birds are harvested. Moreover, the most recent EU (government) data show that the breeding population of Turtle Dove in Italy is stable in the short-term trend and increasing in the long-term trend.

The statements “continue blasting the very last turtle doves from the sky” or to “shoot until no bird is left” are simply sensational. Such a level of inaccuracy and misinformation should not be tolerated by any newspaper.

The article correctly states that the UK has failed to conserve the species, but Italy is not the UK. In fact, the greatest Turtle Dove losses are in those countries with no hunting such as the UK, Germany, Belgium, and the Netherlands, which have lost around 90% of their birds. Perhaps you might reflect on why the UK and other non-hunting countries are failing so miserably to conserve the species, before wrongly blaming Italian hunters. A lot can be learned from checking the facts, but these might not be sensational enough for your readership?

I urge you to republish this article with these inaccuracies corrected and I trust that you will publish this letter, which sets the record straight. 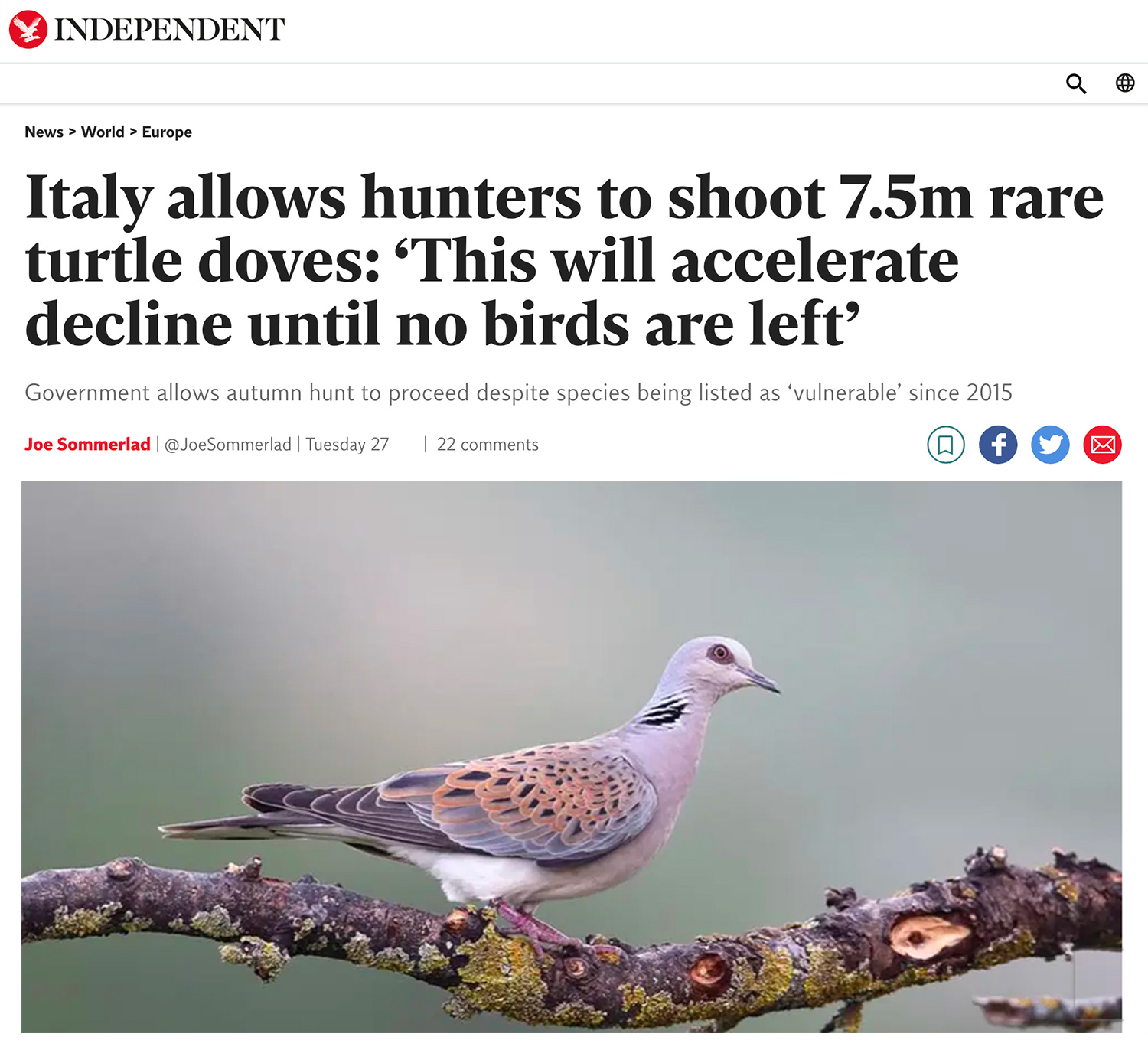