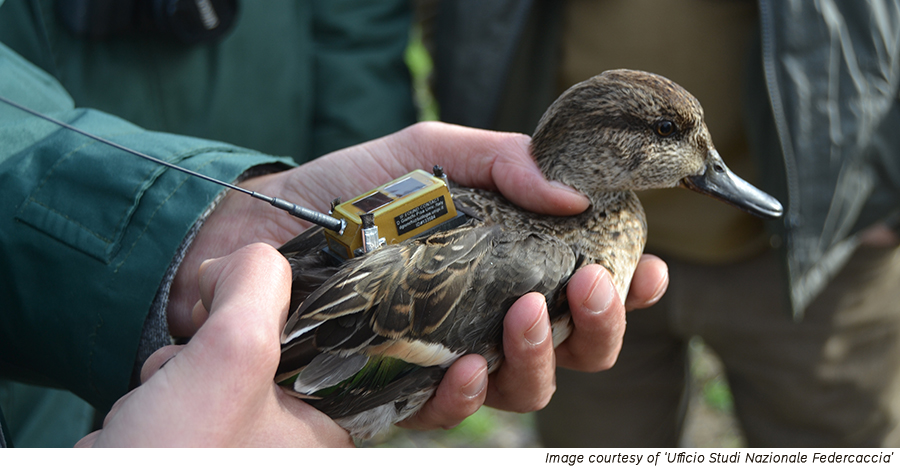 Monitoring biodiversity in Europe is usually very costly and time consuming and often resources from governments are limited. A new scientific study published in April 2020 highlights the unique and important niche that hunters fill in the monitoring of biodiversity across Europe. There are mainly four aspects that makes the work and engagement of hunters so valuable for management authorities and researchers:

A key point of our study is that collaborations between hunters and scientists are fruitful and should be considered a standard partnership for biodiversity conservation. A result of this is that many of the game species are among the best studied wildlife species we have in Europe - says the lead author, Benjamin Cretois, based at the Norwegian University of Science and Technology.

In this study, Cretois and his colleagues investigated hunters’ contribution to the monitoring of five broad functional species groups: “ungulates”, “large carnivores”, “waterfowl”, “other birds” and “small game”. The results indicate that in 32 out of the 36 European counties, hunter-based monitoring of at least one species group is in place which underlines the important role of hunters in the monitoring process of Europe’s biodiversity (see figure 1). A role that is now acknowledged by the scientific community.

We think that our review has only revealed the tip of the iceberg because a lot of the monitoring activity conducted by hunters is not readily accessible to scientists. We hope that this study can stimulate a broader engagement between hunters and researchers, bringing benefits to both! - says senior scientist and co-author John Linnell at the Norwegian Institute for Nature Research. 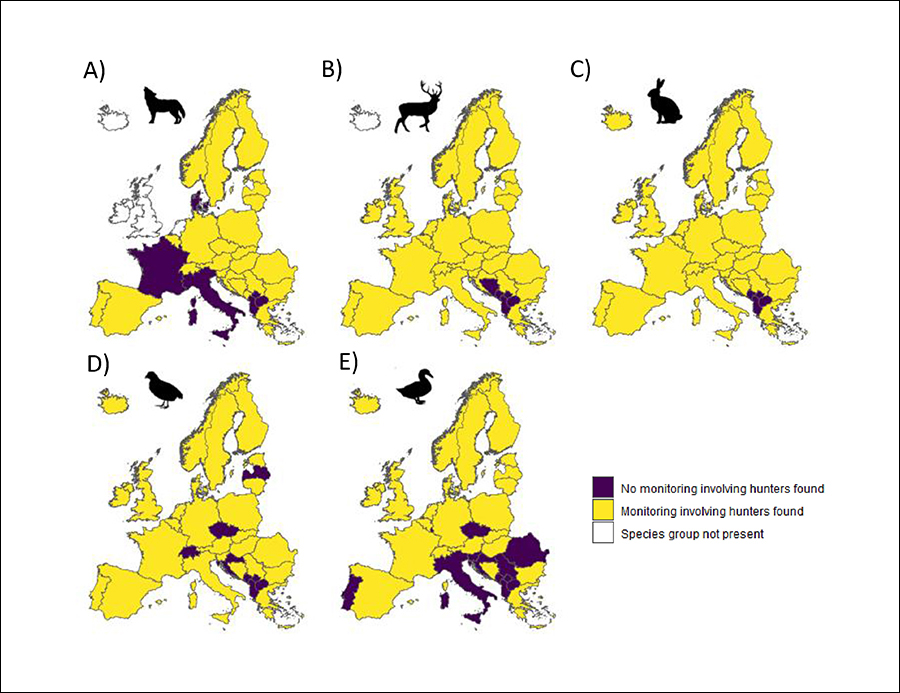 In 2019, FACE produced a Biodiversity Manifesto report which focused on the contribution of hunters to the monitoring of biodiversity (see BDM 2018). With over 300 projects, this report successfully showed hunters’ engagement for biodiversity conservation via research/monitoring and we are happy to see that is report is now complemented and supported by an article in a scientific journal. This year, FACE published a new BDM report, which shows that 52% of the 430 initiatives undertaken by hunters for nature conservation focused on research/monitoring.