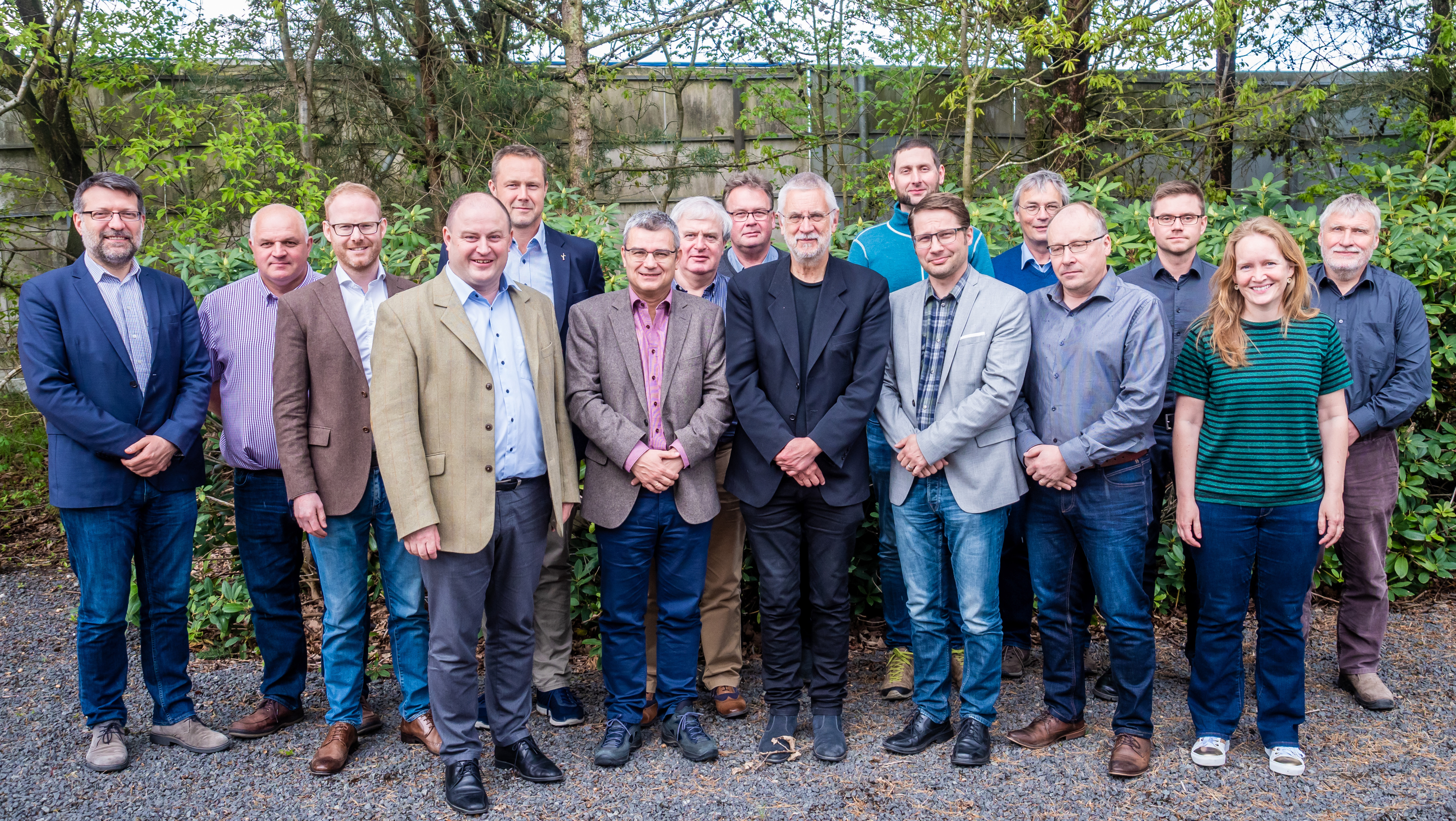 Strengthened international cooperation is needed to secure the hunting of migratory birds in the future. This was the conclusion coming from representatives of 7 northern European countries, which met for a workshop on the conservation and management of migratory birds in Denmark. The result was an agreement on a common international agenda that benefits both huntable species and nature.

With the hope of creating a common international agenda that benefits nature and wildlife, 18 representatives from 7 countries in northern Europe met from 8 – 9 May in Billund to discuss the management of huntable birds across national borders. Prior to the workshop, an introductory meeting was held in October 2018, with similar inspiration when the American organisation, Ducks Unlimited was founded.

“Before the meeting, my expectations were, that we could gather people to talk about the common management of migratory birds between countries and in cooperation with stakeholders like AEWA and Wetlands International,” Claus Lind Christensen, chairman of the Danish Hunters’ Association said.

During the meeting, participants gained knowledge about why it is necessary to manage migratory birds across national borders as well as on which data is missing to make the effort effective. Experience with wildlife management, data collection, and habitat improvement was also shared between the participating countries.

“I am happy to go home from a meeting where the participants have shown, that there is a great willingness and desire to cooperate because we know that there are common challenges. Both within the species that are declining and in the areas, where the species are losing habitats,” Claus stated.

When the participants split on Thursday afternoon, they had agreed on a common northern European agenda focusing on data collection, sustainable harvesting for the implicated species and improving the habitat for migratory birds. Furthermore, the foundation for an action plan was laid out, ready to be made more concrete along with the final organization of the work.

“All in all, I am very pleased with the workshop. We have had very useful discussions, noted several actions moving forward and there is a lot of potential within this group to agree on a serious work plan and put some resources on the table to support the initiatives,” stated Dr. David Scallan, FACE Secretary General.

International wildlife management and a need for data
The first day of the workshop focused on policy and scientific discussions about migratory birds from AEWA, Aarhus University and Wetlands International as well as knowledge sharing from the participating countries. The message was clear: Migratory birds must be managed with a strong scientific basis across national borders if we want to ensure sustainable populations. But firstly, there is a need for better data sharing between the countries.

Sergey Dereliev, AEWA’s Head of Science, Implementation and Compliance started with commending the Danish Hunters’ Association for having taken the initiative to arrange the workshop before he emphasised the importance of launching a bottom-up approach where the northern European hunting organisations take a strong lead. At the same time, he delivered the important message that hunters have the same goals as nature conservationists – namely to ensure sustainable populations – and that it makes sense for all stakeholders to cooperate more effectively.

Wetlands International was represented by Szabolcs Nagy, who focused on how the collection of data is important in surveillance of the populations and to ensure that hunting is sustainable. Szabolcs highlighted how the loss and degradation of habitat is a major problem as to why some species no longer thrive but stressed that it is necessary to better understand the drivers of change.

Following the presentation from Wetlands International, Professor Anthony Fox from Aarhus University made it clear, with the example of the Taiga Bean Goose, that understanding the populations of migratory birds is complicated because flyways often shift. Therefore, the possibilities of hunting certain species now and in the future will benefit from the knowledge generated through adaptive harvest management.

Professor Jesper Madsen from Aarhus University showed us the experience gathered thus far through his work on adaptive harvest management of pink-footed geese to keep the population in balance to prevent damage to fragile nature and agriculture. Jesper also explained the concept behind adaptive harvest management and concluded that the minimum required data for this process is regular population estimates and harvest data at the flyway level.