Posted at 11:37h in Nature Conservation by FACE 0 Comments
Share

Brussels, 23 May 2019 – FACE Secretary General David Scallan​ shared his thoughts on the 40th anniversary of the Birds Directive, during a panel of the EU High-Level Conference on Biodiversity and Ecosystem Services. During the past 40 years, the Birds Directive has supported hunters in the conservation, management and sustainable use of bird populations in the EU.

FACE was joined in the panel by the​ Environment Commissioner Karmenu Vella and Regional Director for Europe and Central Asia of BirdLife International, Angelo Caserta. 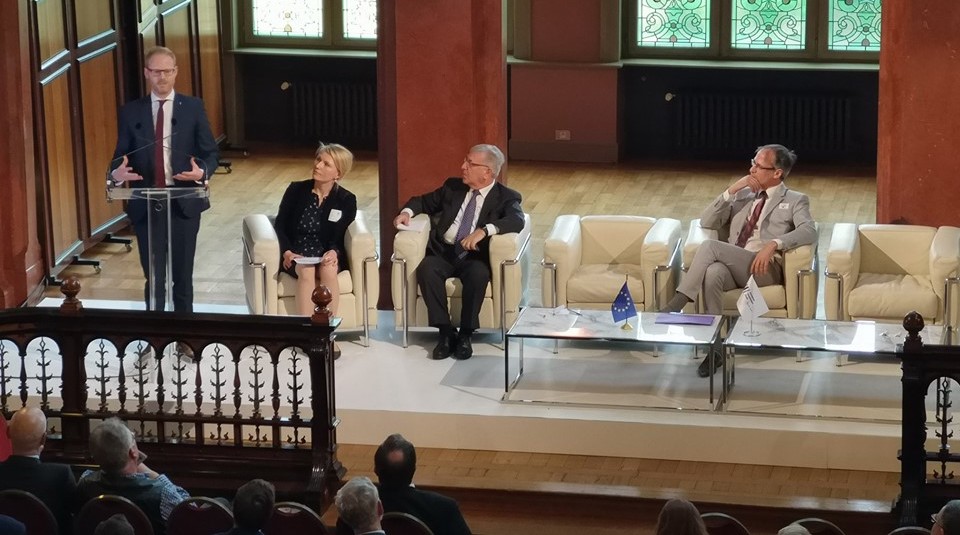 The Birds Directive fully recognises the legitimacy of hunting wild birds as a form of sustainable use. Hunting is an activity that provides significant social, cultural and economic benefits in different regions of the European Union. Under the Birds Directive, hunting is limited to 82 species and sub-species listed in Annex II of the Directive and must be carried out according to a series of established ecological principles and legal requirements. Species in Annex II/1 may be hunted throughout the EU in accordance with national legislation and the Birds Directive. Species in Annex II/2 however can only be hunted in certain Member States. But hunting is prohibited for all species during their breeding and rearing season, and spring migration.

To ensure the correct implementation of the Directive as regards hunting, the Commission has sought to foster greater dialogue and cooperation with different interest groups. Initially the hunting provisions caused a considerable degree of controversy, leading to misunderstandings about how to implement the provisions coherently.

That is why in 2001, the Commission launched an EU ‘Sustainable Hunting Initiative’ in order to help improve the understanding of the legal and technical aspects of the Directive’s provisions on hunting and develop a programme of scientific, conservation and awareness- raising measures to promote sustainable hunting in accordance with the Directive. One direct consequence of this Initiative was the elaboration of an EU Guidance Document on ‘Hunting under the Birds Directive’ to provide clarity on the requirements of the Directive based on scientific principles and data. The Commission has also worked with Member States to strengthen knowledge on spring migration and reproduction periods of huntable species.

Thanks to the Birds Directive, hunters and conservationists have developed a better understanding of each other’s objectives and both are actively working to conserve Europe’s wild birds and their habitats.

Both organisations agreed to cooperate on a number of conservation objectives, such as supporting the Natura 2000 network, reforming agricultural policy and phasing out the use of lead shot in wetlands.