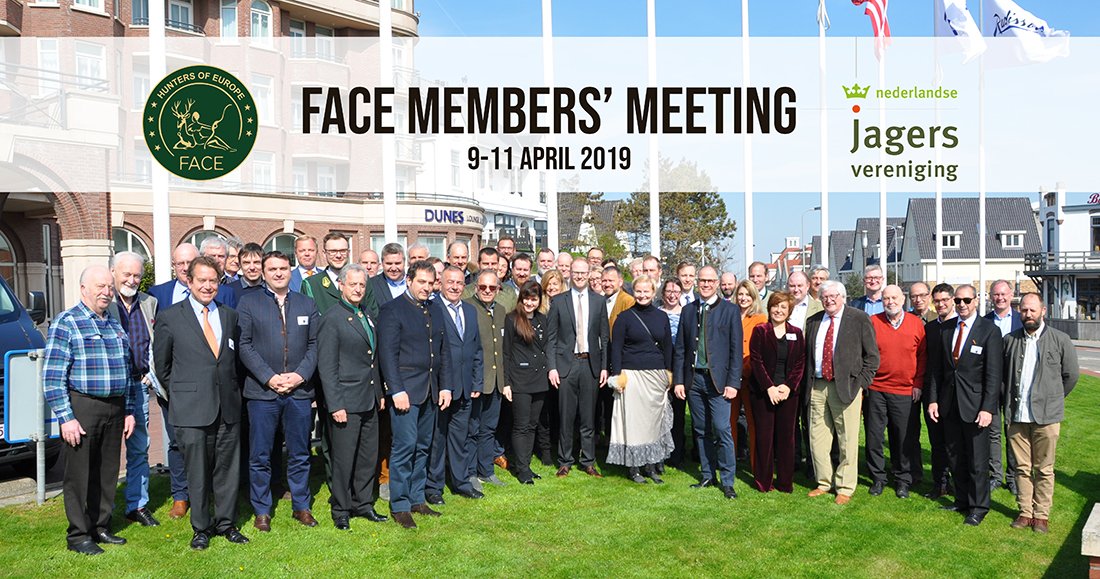 From 9-11 April, the Royal Dutch Hunters’ Association – Koninklijke Nederlandse Jagersvereniging – hosted the 2019 FACE Members’ Meeting in the Netherlands. The main event was the first European Hunters’ Conference: ‘Wild’ challenges for hunting and conservation, where a series of high-level panels discussed the hottest topics facing European hunters. These included the future of lead in ammunition, large carnivore management, African swine fever in wild boar, ensuring the sustainability of migratory bird hunting and the upcoming European elections.

The conference participants comprised of a mix between the heads of Europe’s national hunting associations, experts from the academic world, representatives from the European Commission and industry as well as key European environmental NGOs. Each session highlighted various opportunities and threats and the need for FACE to lead the dialogue in the EU institutions to promote hunting and conservation in Europe. They also emphasised the importance for FACE and its Members to communicate the crucial role that European hunters play with regard to nature conservation, rural economies, education of younger generations and promoting cultural heritage.

FACE President Torbjörn Larsson stated: “European hunters are united within FACE to lead the debate in Brussels where 75% of the regulations affecting European hunting are decided. From 1977, FACE has built the bridge between hunters and the European Institutions; it’s never been so important to have a strong FACE”.

NEW SECRETARY GENERAL AT FACE
At this week’s meetings, FACE was pleased to appoint Dr. David Scallan as its new Secretary General. 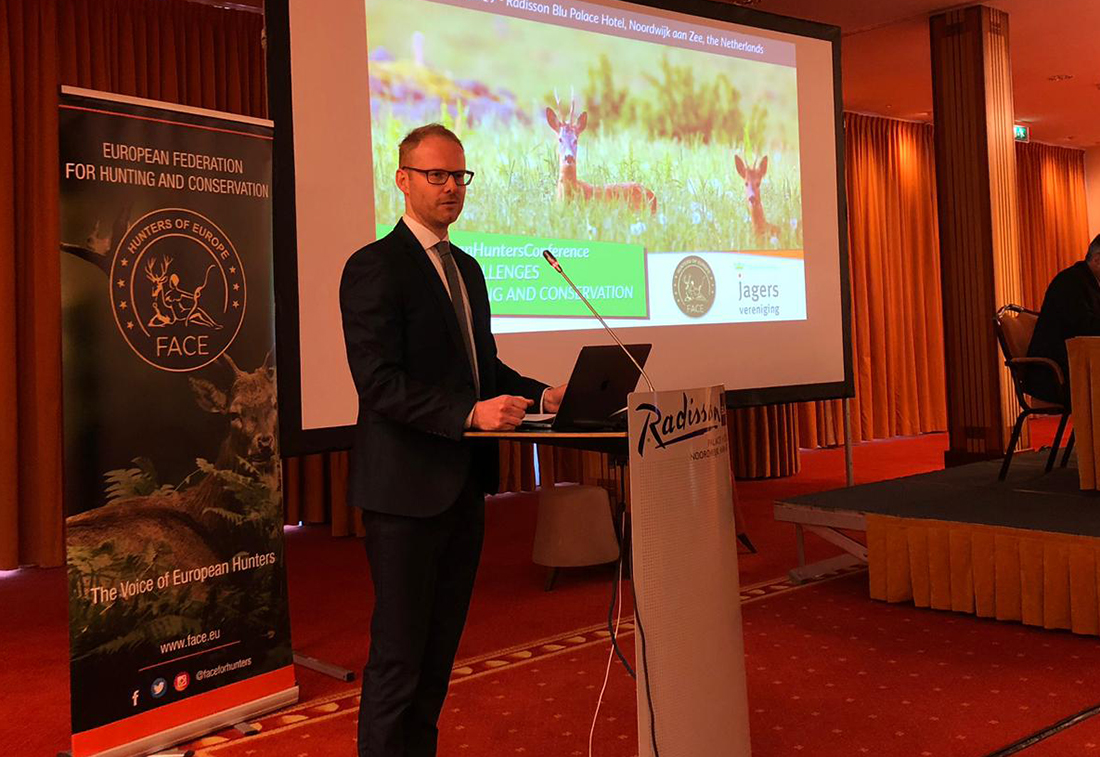 Dr. David Scallan was previously serving as FACE’s Senior Conservation Manager where he was responsible for overseeing the implementation of the federation’s conservation programme. He has a strong background in project management, EU affairs, conservation policy, game management, sustainable agriculture and human-wildlife conflict. He received his Ph.D. from the National University of Ireland Galway with a dissertation examining the economic, ecological and social place of hunting in rural Ireland. He has extensive knowledge of European hunting policy and politics as well as a passion to drive FACE’s conservation agenda. As Secretary General, he is looking forward to effectively implementing FACE’s work plan in conjunction with the heads of Europe’s national hunting associations.

Concluding the Members’ meeting, FACE President Torbjörn Larsson, stated: “I’m delighted that FACE has appointed David Scallan to achieve our vision; for sustainable hunting to be widely accepted as an integral part of European culture and as a vital tool for the conservation and management of European nature and wildlife”.