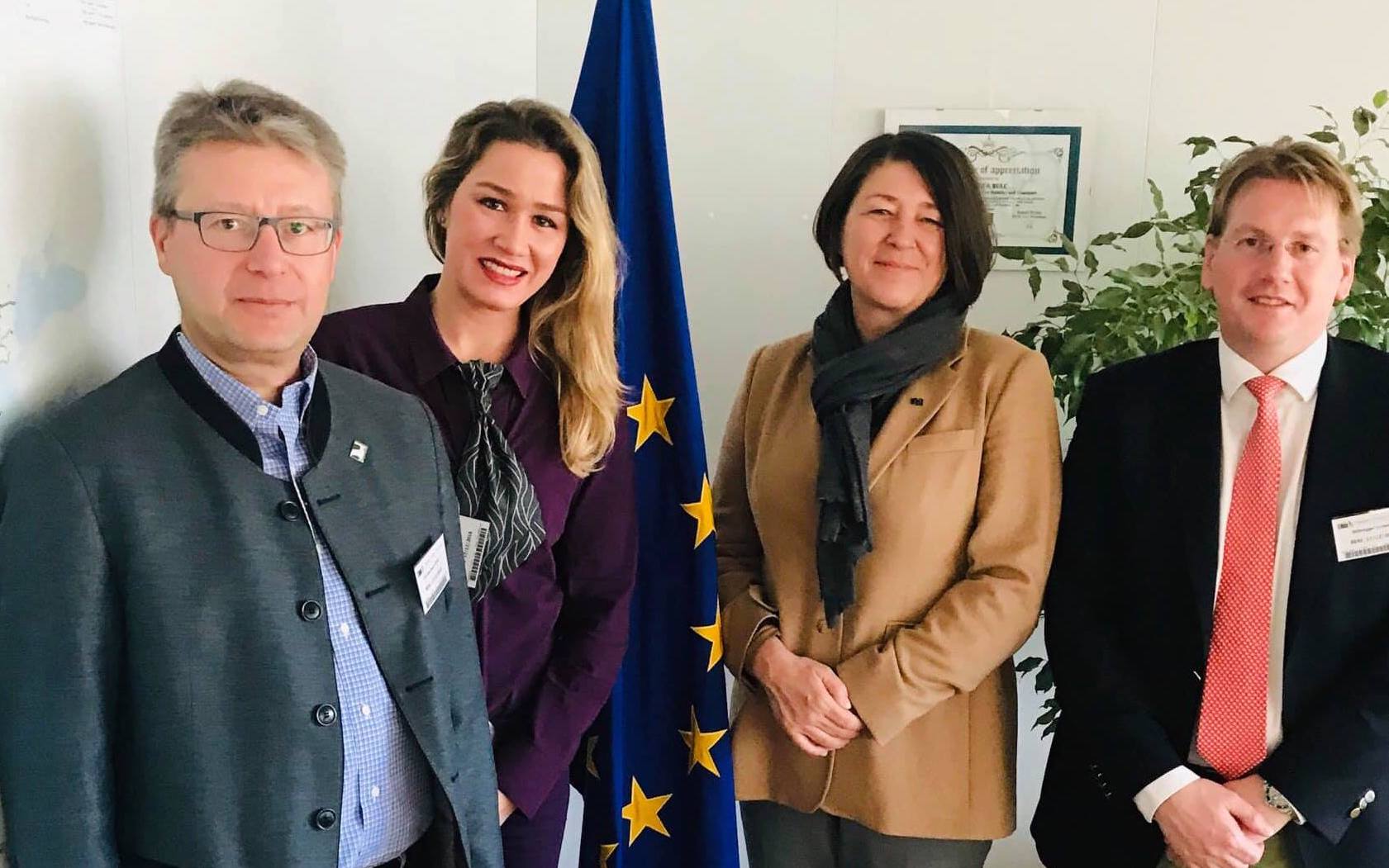 Brussels, 17 December 2018 – The urgent need for pragmatic approaches to managing wolves and the fight to eradicate African Swine Fever (ASF) were key topics discussed at the constructive meeting between EU Commissioner Violeta Bulc and FACE.

At the beginning of the meeting, Geert Van den Bosch, Director of the Flemish Hunters’ Association (HVV) referred to the outbreak of ASF in Wallonia and its dramatic negative impact on hunting and the pig industry. He recalled that hunters’ engagement to eradicate this disease is crucial and highlighted that the major problem is not wild boar populations but people in terms of the further spread of ASF. In terms of transport, the European Commission should support awareness-raising initiatives at petrol stations, promote the fencing of petrol stations and support biosecurity measures. Furthermore, hunters need modern and highly sophisticated equipment (night vision, silencers, etc.) to effectively decrease wild boar populations in Europe. He warmly thanked the European Commission for co-organizing a high-level conference on ASF at Europe’s largest hunting exhibition Jagd und Hund in Dortmund on 30 January 2019.

Ludwig Willnegger, FACE Secretary General, outlined the clear political request to manage wolves underlining the need to amend the strict protection status of wolves by a proper application of Article 19 of the Habitats Directive. These actions would be of utmost importance, he added, due to the rapid increase and expansion of wolves in Europe, which cause unacceptable problems for hunters, farmers and livestock breeders.

Angela Popovic, FACE Public Affairs Manager, presented FACE’s strong concerns regarding the Common Agricultural Policy after 2020, which should include robust nature and biodiversity targets to reward farmers for delivering ecosystem services. Furthermore, mandatory measures, e.g. promotion of multiannual flowered areas, should be put in place to address the dramatic decline of small game and other non-huntable species such as field birds.