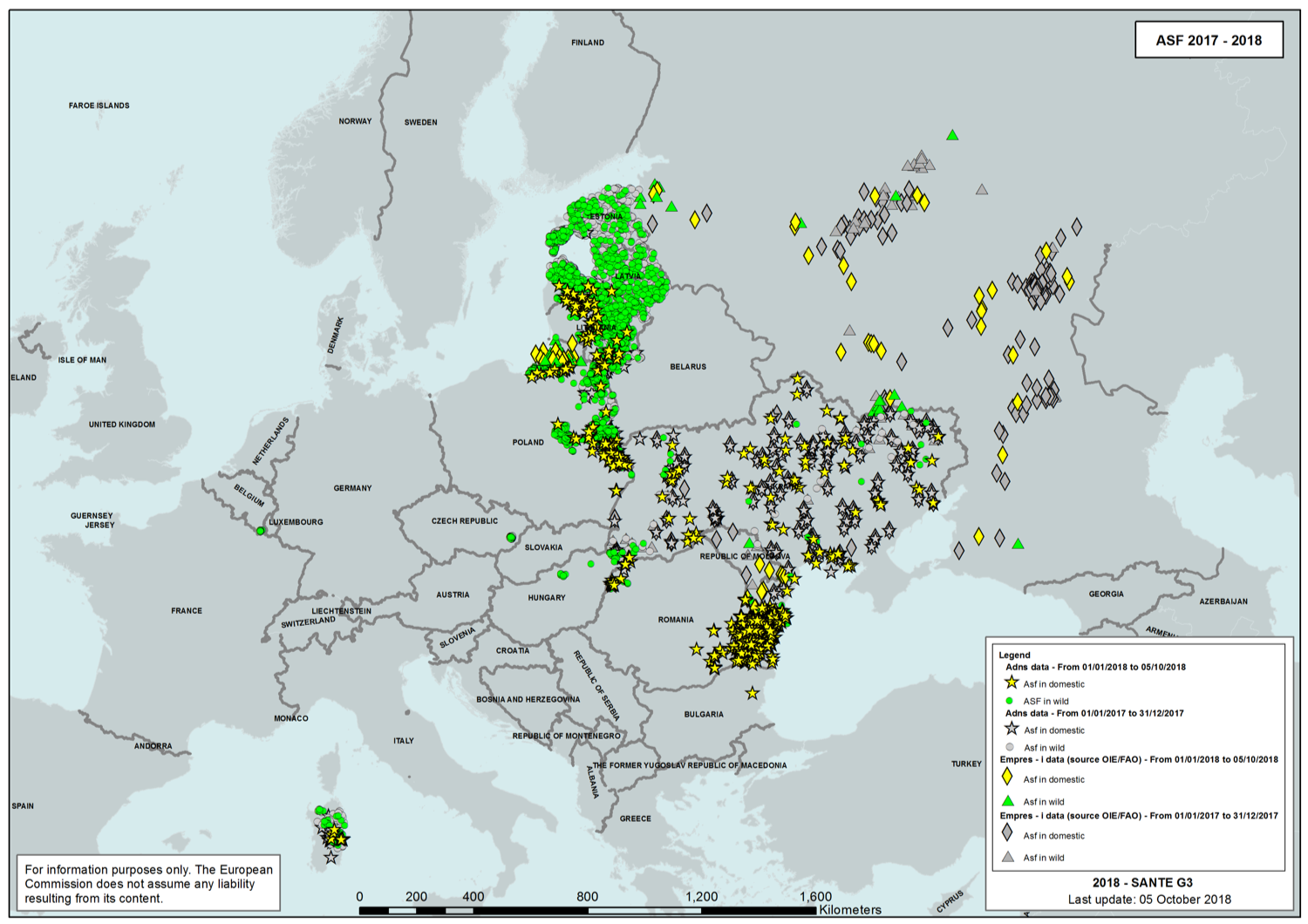 Posted at 13:35h in Animal Welfare by FACE 0 Comments
Share

Since the outbreak of African Swine Fever (ASF) in Belgium and the threat of a spread to France, Luxembourg, Germany and the Netherlands, FACE has organised weekly meetings of its ASF Task Force.

This task force, which consists of experts, FACE Members and the CIC, provides a platform to exchange knowledge, news and experience between the different participants. Since its start, the task force already supported the call of Royal Saint Hubert Club de Belgique to erect a fence in the infected zone by sending in support a letter to the Walloon Minister of Agriculture and Forestry. More and more, authorities are convinced of the important role hunters play in fighting ASF.

FACE welcomes, in that matter, the recognition received from the EU Commissioner for Health, Mr. Vytenis Andriukaitis in his speech at the 2018 FACE General Assembly. FACE hopes to co-organise an important conference in early 2019 with the European Commission on combatting ASF in Wild Boar. As experienced wildlife managers, hunters know better than anyone else what is needed in the field. As there are so many factors playing a role in the spread and control of ASF, it is of the outmost importance to adapt the measures to the specific situation at hand.

Financial support for hunters who are volunteers is crucial. If this will happen, FACE is convinced that we will come up with a workable strategy for the long term which will allows us to cope with ASF as best as possible.

More information on ASF on the European Commission website: https://ec.europa.eu/food/animals/animal-diseases/control-measures/asf_en