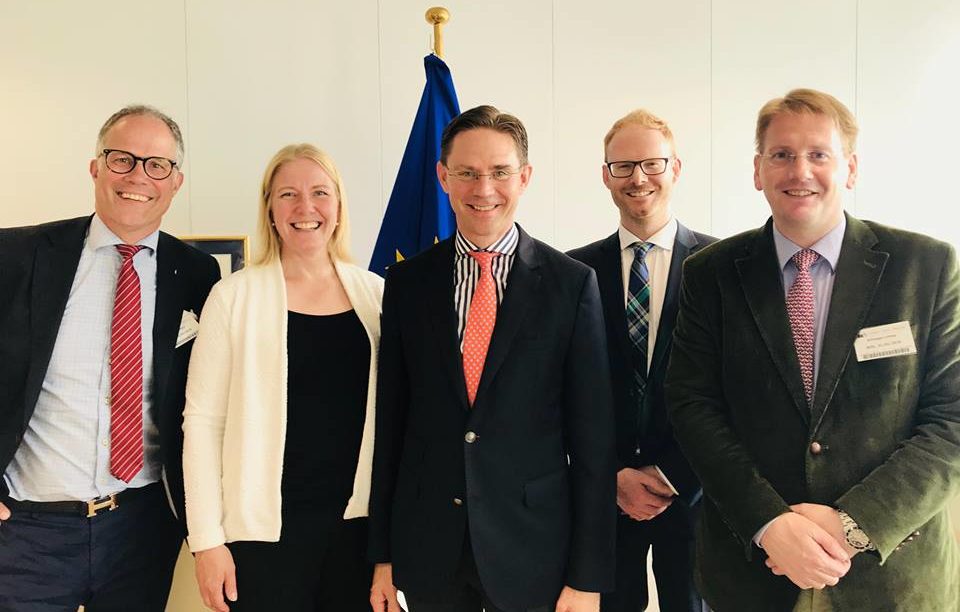 01 Jun 2018 FACE MEETS VICE-PRESIDENT OF THE EUROPEAN COMMISSION (EC) MR. JYRKI KATAINEN AND STRESSES THE NEED FOR THE EC TO RETHINK ITS APPROACH TO LARGE CARNIVORES

Posted at 14:48h in Wildlife Conservation by FACE 0 Comments
Share

The need for a more pragmatic and trust-based approach to large carnivore management was the key focus of a meeting between FACE, the Nordic Hunters’ Alliance and Vice-President of the European Commission, Mr. Jyrki Katainen on 31 May 2018 in Brussels.

FACE opened the meeting with an overview of its clear policy requests as well as those coming from the European Parliament, most Member States and key rural stakeholders on the need to correctly apply Article 19 of the Habitats Directive. This would provide for a process to update the level of strict protection provided to some populations of species and more flexibility.

The long-standing problem regarding the infringement cases by the European Commission (EC) against Sweden and Finland was addressed. These open, but also idle, infringement cases create unnecessary tension and legal uncertainty for both Finland and Sweden, which are working to achieve legally sound and evidence-based approaches for their wolf management plans.

Torbjörn Larsson, President of the Swedish Association for Hunting and Wildlife Management said: “The eight-year infringement against Sweden is eroding trust between stakeholders and needs to be urgently concluded. Trust-building cannot go hand in hand with an open legal case against our country. The EC must also recognise that implementation of the Habitats Directive needs to consider each country’s specific local, regional and cultural circumstances to reduce unavoidable conflicts between people and large carnivores”.

Heli Siitari, Managing Director of the Finnish Hunters’ Association stated: “Finland should be allowed to put its wolf management framework in place without the continued threat of legal action from the EC. It’s impossible to build the necessary long-term consensus for wolf management with so much uncertainty and scrutiny. We want the same level of trust and acceptance for wolf management as is the case for our Brown Bear and Lynx management”.

FACE also used the meeting to explain its position on the next Common Agricultural Policy (CAP) post 2020. According to Dr. David Scallan, FACE Senior Conservation Manager: “There is a need for strong nature and biodiversity objectives in the new ‘delivery model’ for the next CAP. Post 2020, the EC must set a high threshold to ensure that each Member State’s CAP Strategic Plans reward farmers for producing food and ecosystem services whatever the scale, thereby providing multiple benefits for farmers and society at large. The dramatic decline in small game huntable and non-huntable populations, such as the Grey Partridge and Brown Hare is alarming”.

FACE discussed a range of concrete measures such as the abolition of the mulching obligations, the promotion of multiannual flowered areas, the use of wild plants for energy production and the restoration of habitats. Europe’s national hunting associations will be supporting FACE in ensuring the effective design and delivery of the next CAP so that governments pay strong attention to achieving biodiversity targets.