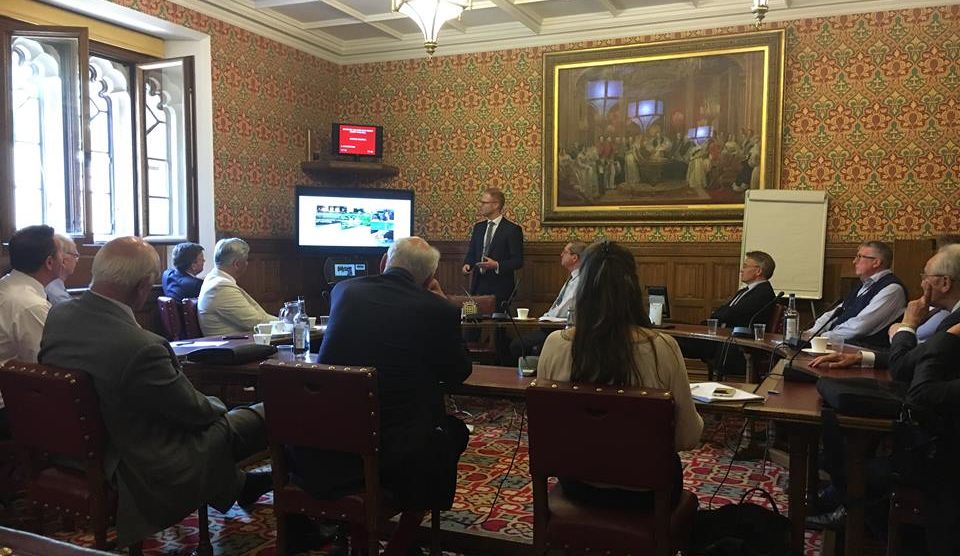 Posted at 14:59h in International Agreements by FACE 0 Comments
Share

The implications of Brexit on shooting and hunting activities in the UK were discussed at a recent meeting of the All-Party Parliamentary Group on Shooting and Conservation (APPG) in the UK Parliament, Westminster, London. The extent to which the UK would be free to change its environmental rules, including those related to shooting after Brexit, would be limited by the UK’s legal obligations with international environmental agreements. It was also stressed that the UK will no longer continue to receive protection from the EU Birds Directive, which regulates game bird shooting.

This was the message delivered by Dr. David Scallan, Senior Conservation Manager for the European Federation for Hunting and Conservation (FACE) when addressing the APPG. He stated: “One international environmental agreement – AEWA – will move towards banning the hunting of Common Pochard later this year. EU Member States will have the legal option to continue to hunt the species, which will ensure the necessary local support for positive habitat and predator management. After Brexit, however, the UK Government may not decide to allow the hunting of some threatened populations of ducks and geese, which may face shooting bans”.

On the topic of lead in ammunition, Dr. Scallan stated that the UK will continue to be vulnerable to many new regulations because of the large quantity of game meat that is exported from the UK to EU countries. He added that there are increasing calls to ban lead ammunition from international agreements such as the Convention on Migratory Species (CMS) and from many other sectors of society. “An important factor will also be the UK’s commitment to EU trade standards, especially the European Chemicals Agency, which is currently discussing regulating lead in ammunition. Further, the decisions taken by the CMS will continue to be relevant as the UK is a signatory to this international agreement. CMS is trying to phase out all lead ammunition because of its impacts on migratory birds”, Dr. Scallan added.

The free movement of game birds and eggs into the UK was also discussed, along with the need to ensure the continued free movement of shooters and their firearms. The EU firearms pass which is part of the EU Firearms Directive, was regarded as something that should remain in place after Brexit.

During the Brexit discussions, FACE is committed to working closely with UK shooting groups to ensure the best possible outcome for shooting and conservation in the UK. The British Association for Shooting and Conservation (BASC) provides the secretariat for the APPG. The meeting, which took place on 22 May 2018, was well attended by members from both the House of Commons and the House of Lords from all political parties, along with other associations, including Countryside Alliance.

FACE – Established in 1977, FACE represents the interests of Europe’s 7 million hunters as an international non-profit-making nongovernmental organisation. FACE is made up of national hunters’ associations from 36 European countries including the EU-28. FACE is supported by 7 associate members and is based in Brussels. UK shooting and hunting interest groups are members of FACE through FACE UK.

For more information on the APPG see: https://basc.org.uk/political-affairs/party-parliamentary-group-shooting-conservation/