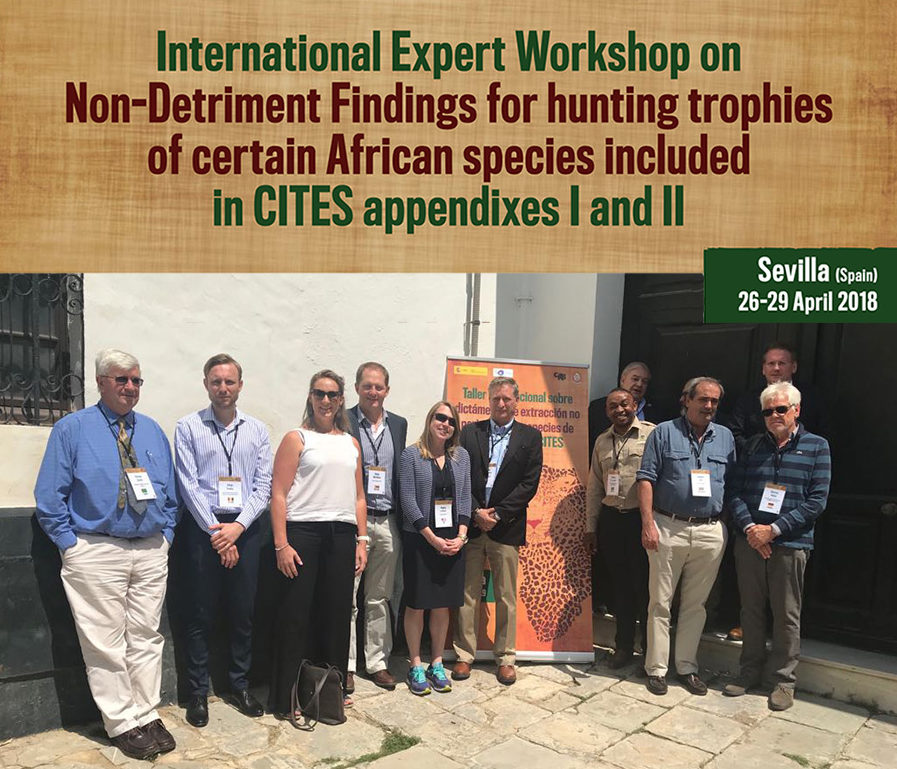 Posted at 16:51h in Wildlife Conservation by FACE 0 Comments
Share

African outfitters and professional hunters presented different excellent management practices, effective conservation activities and valuable efforts to combat poaching. It was made very clear that these efforts from the hunting sector are well targeted to combat the decline of key species and the real dangers for wildlife populations, such as are illegal and indiscriminate killings and the loss of suitable habitats, mostly caused by increased agricultural production and human population growth.

In four workshops on the leopard and cheetah, rhino and elephant, lion, and conservation and socio-economic benefits, hunters’ representatives stated that African range states are in the best position to make determinations on NDFs and that the communication line between exporting and importing countries should be improved. The imposition of stricter margins on legal hunting activities in the form of possible additional NDF requirements would not lead to any conservation benefits but would rather possibly accelerate unethical practices and an increase in poaching.

The hunting representatives also outlined their opposition to any top-down certification schemes that would add additional layers beyond what is required under CITES.They explained that instead Africa truly needs genuine partners who support and seek cooperation on equal terms and levels. The hunting representatives therefore are pleased to report that the general consensus among the workshops’ participants going forward seems to focus on better communication between exporting and importing countries, capacity building and non-prescriptive general guidance that can be adapted to the varying realities on a local and national level, to enable more forward-looking and purposeful NDFs. The NDF process must serve successful and proven conservation strategies, in which sustainable trophy hunting plays a crucial part.

The outcome of the workshop will be presented at the next CITES Animals Committee meeting to be held 16-21 July 2018 in Geneva, Switzerland, and a follow-up meeting is planned in an African range state probably in 2020.