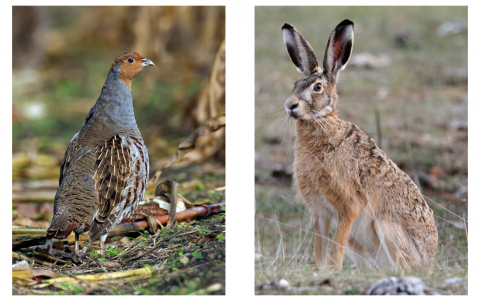 Posted at 14:39h in Nature Conservation by FACE 0 Comments
Share

FACE welcomes the European Court of Auditors call for future spending under the Common Agricultural Policy (CAP) to be based on ambitious and relevant performance targets including biodiversity.

The call comes in a briefing paper on the future of the CAP, in response to the European Commission’s Communication on the future of food and farming after 2020. The CAP is currently under review, as the current seven-year planning period for EU finances ends in 2020.

The European Court of Auditors report comes as EU agriculture ministers met in Brussels on 19 March to adopt Council conclusions on the Commission communication on ‘The future of food and farming’. “Agricultural funding may be allocated where it is likely to be fully spent, rather than where it addresses key needs and produces results”, said João Figueiredo, the Member of the European Court of Auditors responsible for the briefing paper. “This reflects a culture of spending rather than a culture of performance.”

According to Ludwig Willnegger, FACE Secretary General: “FACE has been stressing the need for strong nature and biodiversity objectives in the new ‘delivery model’ for the next CAP. Europe’s national hunting associations will be supporting FACE in ensuring the effective design and delivery of the next CAP so that governments pay strong attention to achieving biodiversity targets. The dramatic decline in small game huntable and non-huntable populations, such as the Grey Partridge and Brown Hare is alarming. Furthermore, we call for a much more sustainable use of pesticides and a results-based approach to all payments under the next CAP”.

A key element of the Commission’s thinking is a “new delivery model” – based on increased flexibility and subsidiarity and giving Member States more responsibility for performance. In the auditors’ view, the success of the new model requires: