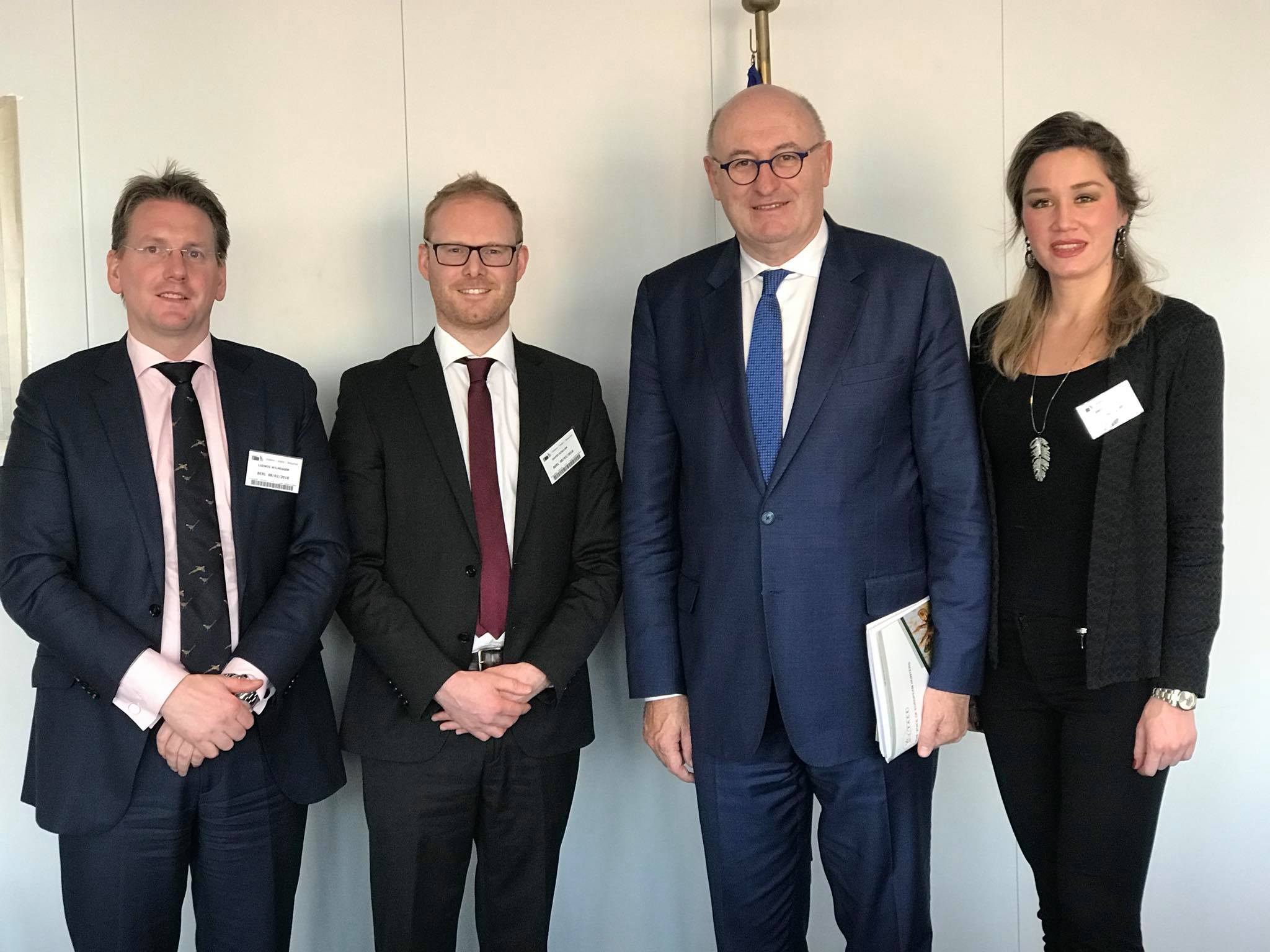 Posted at 08:26h in Nature Conservation by FACE 0 Comments
Share

European hunters know very well that agriculture has a significant impact on farmland biodiversity, including many small game species, and many of them are farmers themselves. FACE, in a high-level meeting, with the EU Commissioner for Agriculture, Phil Hogan, stressed that the next CAP after 2020 needs to deliver more for hunting and conservation and in particular for concrete and measurable biodiversity objectives.

At the meeting, which took place on 8 February 2018 in Brussels, FACE discussed the many challenges facing Europe’s wildlife, in particular, a decrease in small game (huntable) species, such as the Grey Partridge and Brown Hare. In this context, FACE stressed the need for a strong nature and biodiversity objective in the new ‘delivery model’ for the next CAP. In the ‘delivery model’ of the next CAP, the EU will set the basic policy parameters, while Member States will each develop a ‘CAP strategic plan’ where they set out how they meet the objectives and achieve agreed targets.

FACE also presented a number of solutions on how the next CAP can improve biodiversity and stressed that it wants to see results at the landscape scale. Many of the current problems, such as the ineffectiveness of greening measures, were discussed. Here, FACE pointed to the need for new and simpler approaches, such as the use of non-farmed ‘set-aside’ areas for biodiversity. On current CAP measures, FACE discussed of the problems associated with annual soil mulching and stressed the need for more support for multiannual wild flower areas, the cultivation of wild plants for energy production as well as the abolition of ineffective crop diversification for Ecological Focus Areas.

Commissioner Hogan stressed that national governments will be able to define how they aim to contribute to the EU objectives for agriculture and biodiversity in their ‘CAP strategic plans’. Here, FACE referred to the need for the European Commission to promote the roll-out of schemes whereby farmers and other land users deliver clear and measurable biodiversity results.

Europe’s national hunting associations will be supporting FACE in ensuring the effective design and delivery of the next CAP so that governments pay strong attention to achieving biodiversity targets. FACE referred to a number of existing monitoring programmes for many non-huntable species undertaken by its member associations.

Finally, the problems associated with African swine fever in wild boar were discussed as well as the need for concerted actions, including the establishment of hunting corridors, by a wide range of stakeholders, including hunters. FACE also referred to the necessity for the Habitats Directive to adapt some of its annexes to ensure that certain large carnivore populations do not continue to negatively impact Europe’s extensive livestock grazing systems that deliver multiple biodiversity benefits. FACE stressed the pressing need to review the protection status of wolves based on their population status in line with recent calls from the European Parliament.