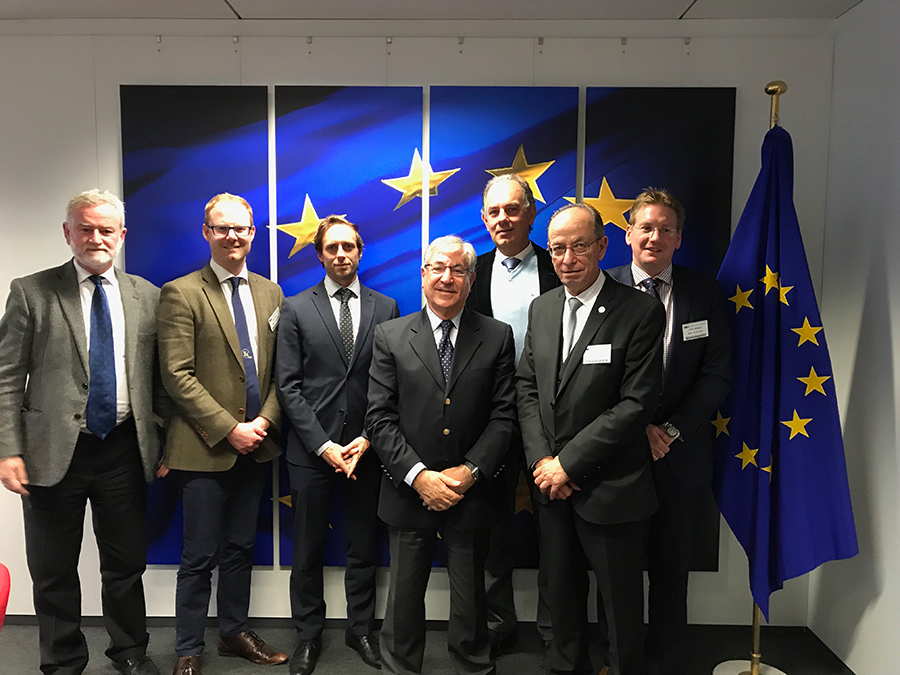 Posted at 15:41h in Nature Conservation by FACE 0 Comments
Share

On 27 November, the European Federation for Hunting and Conservation (FACE) had a very productive meeting with the EU Environment Commissioner, Karmenu Vella, and his staff where a range of issues linked to migratory birds, geese, the Common Agricultural Policy (CAP) and large carnivores were discussed.

At the outset of the meeting, FACE reaffirmed its commitment to help to promote better implementation of the Birds and Habitats Directives in line with the EU Action Plan for nature, people and economy. In doing so, FACE also highlighted the importance of the Council Conclusions (June 2017) and the recent European Parliament Resolution (November 2017) on the Action Plan.

On the European Turtle Dove, both referred to the importance of the International Species Action Plan (ISSP) being developed with support under the EU LIFE programme and due to be adopted in 2018, as a means for Member States to improve the ecological conditions for European huntable species in unfavourable population status and to enable sustainable hunting. Commissioner Vella underlined that even if land use change is a key factor for the decline of the Turtle Dove in Europe, given the scale of its overall decline, it brings into question the sustainability of current hunting. In this context, FACE stressed the importance of the Species Action Plan to ensure that harvest is sustainable.

FACE also reaffirmed the need for flyway-level approaches such as adaptive harvest management to ensure best practice conservation of migratory waterbirds. Some of the current goose conflicts were also discussed, including the frustration by many European hunters at national approaches to gassing geese. The Commission underlined the need for any management of goose populations in the EU to be in accordance with the legal requirements of the Birds Directive and science based. The updating of the Key Concepts document was noted, which will be an extensive programme of work for 2018.

Both FACE and Commissioner Vella agreed on the need for greater coherence between the nature directives and the CAP. FACE presented its position on the next CAP, especially on Greening, and called for effective agri-environmental measures to promote biodiversity and to help the recovery of small game populations.

On large carnivores, FACE referred to the recently adopted European Parliament Resolution on the Action Plan, which promotes the need to develop an assessment procedure to correctly apply Article 19 of the Habitats Directive and to ensure greater flexibility in approaches to conserving and managing large carnivores. The Commissioner emphasised that, as set out in the EU Nature Action Plan, the current priority was to work building on the existing tools such as the EU Platform on Coexistence between People and Large Carnivores and the need to continue efforts to solve conflicts at local and regional levels.

In conclusion, both Commissioner Vella and FACE agreed that closer cooperation is necessary to improve implementation and understanding of EU nature policy. It was also agreed that a greater frequency of meetings is required going forward. For 2018, FACE invited Commissioner Vella to deliver a key note speech to one of the many hunting fairs in the Mediterranean region.