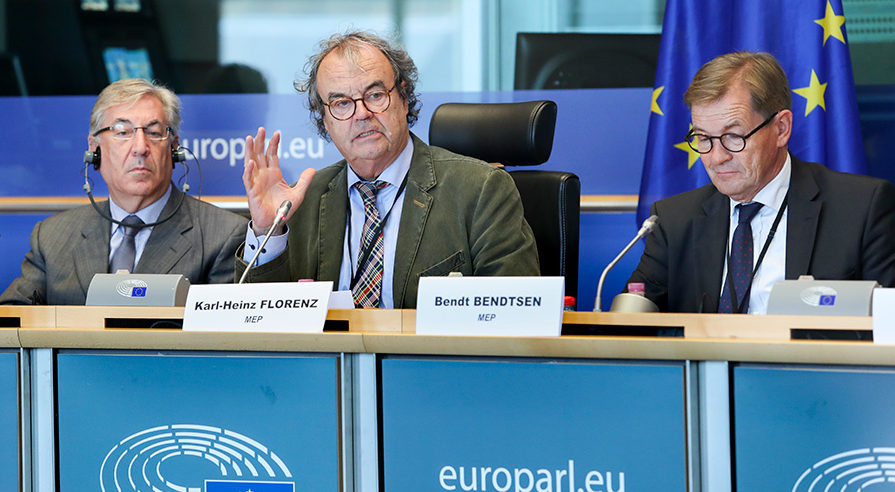 Sustainable hunting is a positive force for conservation! This was one of the messages delivered by Environment Commissioner, Karmenu Vella, at the conference “Young Hunters: Securing a future for Europe’s biodiversity” on 6 September 2017 at the European Parliament. The Commissioner also pointed to the value of FACE Biodiversity Manifesto to demonstrate how Europe’s 7 million hunters contribute to delivering the goals of EU Biodiversity Strategy 2020.

With a focus on young hunters, the conference set out to debate the future of hunting in an increasingly urbanised world. Panel members discussed communication strategies and how best to support the contribution of young hunters to nature conservation and wildlife management. There was widespread agreement on the need for educational programmes and activities dedicated to support young hunters.

Janneke Eigeman, Head of Communication at the Royal Dutch Hunting Association (KNJV), highlighted some positive developments with regard to young hunters. For example, in the Netherlands around 50% of the people obtaining their hunters permit are youngsters. To promote hunting to younger generations, she explained the need to establish mentoring programmes such as KNJV’s mentorship programme, linking older and experienced hunters to new and younger hunters.

The conference acknowledged the role of new technology as a powerful opportunity to build networks of young hunters. Jean Pierre Ferraro, Danish entrepreneur and co-founder of Nyjæger.dk and Huntappvisor presented how new technologies can help young hunters to create such networks.

David Plaz, from the “Young Opinion” network of the International Council for Game and Wildlife Conservation representative, stressed the urgent need for well-funded communication campaigns to ensure the social sustainability hunting in an increasingly urbanised world. He also encouraged hunting associations to continue promote the value of game meat to wider society.

Austin Weldon, from the Game and Wildlife Conservation Trust (GWCT) demonstrated the positive contribution of hunting and shooting in the UK to nature conservation. In doing so, he showed how GWCT successfully engages with younger generations, giving them opportunities to learn and develop a passion for conservation. He also referred to the Perdix Portal as a means to show how the internet can be successfully used to support and inform best practice community based conservation.

The conference was organised by FACE – the Federation of Associations for Hunting and Conservation of the EU – in conjunction with its 40th anniversary and in coordination with MEP Karl-Heinz Florenz, President of the European Parliament Intergroup “Biodiversity, Hunting, Countryside”, and the Vice-President of the Intergroup MEP Bendt Bendtsen, who chaired the meeting.

A parallel exhibition in the European Parliament – “Young Conservationists” – showcased in a visual way how European hunting associations reach out to and actively engage with young people in promoting hunting and conservation. Informative panels from different European countries and video documentaries displayed many conservation projects dedicated to the young and schoolchildren, and focused to learning more about wildlife management and community-based conservation.