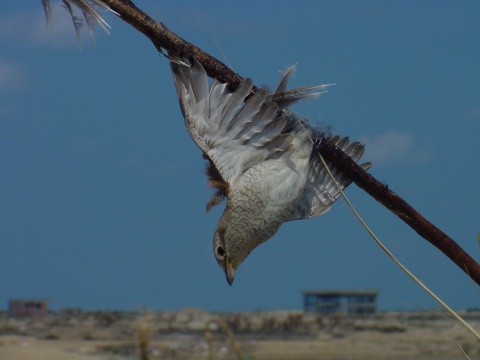 07 Sep 2017 JOINT MEETING OF THE CMS INTERGOVERNMENTAL TASK FORCE ON ILLEGAL KILLING, TAKING AND TRADE OF MIGRATORY WILD BIRDS (IKB) IN THE MEDITERRANEAN

Posted at 14:32h in International Agreements by FACE 0 Comments
Share

On 22 June 2017, FACE attended a two day meeting (22-23 June 2017) of the Task Force in Sliema, Malta, to make progress towards eradicating the Illegal Killing, Taking and Trade of Migratory Wild Birds (IKB).

The meeting was chaired by the Maltese Government and attended by over 80 participants from 24 countries in Europe, 17 of which are EU member states, 29 observer organisations that included NGOs, enforcement groups and networks and scientific organisations.

The meeting was part of the Convention on Migratory Species (CMS) Intergovernmental Task Force on Illegal Killing, Taking and Trade of Migratory Birds in the Mediterranean (MIKT) region. This year, a decision was made to have a joint meeting with the Bern Convention’s Network of Special Focal Points on IKB.

The MIKT adopts a zero tolerance approach to illegal killing, trapping and trade of migratory birds (IKB). For this to be successful, it requires the full and proactive support at national level of all stakeholders. FACE has a long-standing zero tolerance policy on wildlife crime including illegal killing.

The main task for the meeting was to develop a scoreboard to assess progress in combating IKB. The scoreboard will be used to measure and report on progress of all European and Mediterranean countries towards combatting IKB. It was also agreed that other stakeholders should be involved in working with Governments in progressing this work.

FACE contributed to several drafts of this document, which will be discussed further at the CMS COP in Manila, Philippines, in October 2017. FACE argued, amongst other issues, that section 6 (on hunting) should be deleted, because the focus should be on illegal killing and not (legal) hunting as outlined in CMS Resolution 11.16. However, there was no consensus reached and several countries wanted it to stay. FACE then proceeded to improve the text of this section, which is now much better than initial drafts.

Dr. David Scallan, FACE Senior Conservation Manager, who attended the meeting, also delivered a presentation outlining the various activities carried out by FACE Members in the Mediterranean region in the fight against IKB. These include the involvement of hunters in voluntary enforcement, public condemnation of IKB by hunting associations, the organization of various educational initiatives and the promotion of non-binding charters, such as the European Charter on Hunting and Biodiversity.

FACE Member, Federation for Hunting & Conservation Malta (FKNK) and Fondazione Il Nibbio were also present to contribute to several important discussions and improve key meeting documents. At the meeting, Malta was referred to as a European best practice example for its progress on combatting IKB.