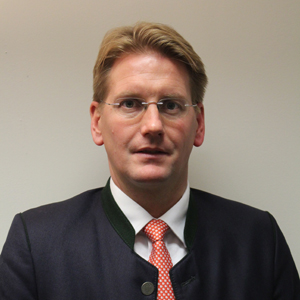 The Federation of Associations for Hunting and Conservation of the EU is pleased to announce that Mr. Ludwig Willnegger has started his employment as new Secretary General of FACE.

Mr. Willnegger holds a degree in agricultural sciences and law and has both Belgian and German citizenship. He obtained his hunting license in Bavaria at the age of 16 and grew up on a farm in a family with longstanding hunting traditions. He initially worked for two years for the European farmers’ federation and later headed the representative office of a large German retail group for another eight years.

Fluent in the three official languages of FACE, the new Secretary General combines a breadth of professional EU affairs and diverse hunting experience across Europe and we are excited to welcome him into FACE and begin this new chapter together for the future of European hunters.

In regards to his new role, Mr Willnegger said, “I am delighted to be joining FACE and would like to thank President Dr. Ebner and the Membership for this unique opportunity. As stewards of our countryside and nature, hunters have a direct stake in safeguarding Europe’s wildlife and biodiversity for future generations. Hunting is one of the expressions of Europe’s cultural heritage. The future of hunting lies in strengthening the bond between humans and nature, acting responsibly and implementing sustainable policies. To be part of this as FACE’s Secretary General is a great prospect which I am keen to take forward with the FACE Secretariat, working with its Members and other stakeholders to connect their expertise and experience.”