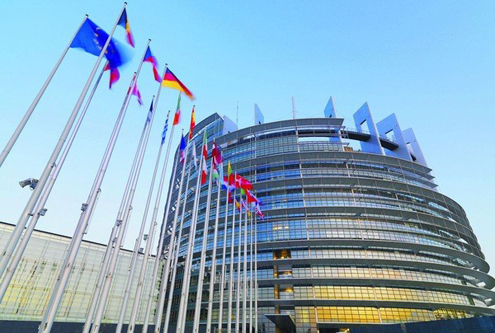 Posted at 09:59h in International Agreements by FACE 0 Comments
Share

The debate had as its main focus how so called “adaptive harvest management” may have advantages over traditional approaches in the conservation and management of Europe’s goose populations. It was organised by the Federation of Associations for Hunting & Conservation of the EU (FACE), chaired by MEP Karl-Heinz Florenz, President of European Parliament Intergroup “Biodiversity, Hunting, Countryside” and introduced by Gilbert de Turckheim, President of OMPO – the European Institute for the Management of Wild Birds and their Habitats.

In general terms, the process of adaptive harvest management is a way to ensure that hunting is sustainable. In practice, it means setting hunting harvest levels based on a coordinated system of monitoring, data analyses and decision-making within and between countries where the species are present. For example, for populations of geese which cause damage to agriculture or other interests, it can inform a level of harvest, which is acceptable ecologically, socially and economically.

Prof Jesper Madsen, from Aarhus University, Denmark, who is one of Europe’s leading experts on goose conservation and management, explained: “The introduction of adaptive harvest management under the AEWA International Species Management Plan for the pink-footed goose marks a major step forward for waterbird management in Europe. For the first time, range states and stakeholders have come together to agree on an international coordination of harvest as a means to stabilise an increasing population causing damage to agriculture and a threat to vulnerable Arctic tundra vegetation. Close monitoring of population size and harvest is followed up by adjustment of harvest regulations. This ensures that the population maintains a favourable conservation status as well as the sustainability of hunting. Hunters in Denmark and Norway play a key role in the process, and they have taken their responsibility very seriously, organising shooting more carefully and efficiently, with a view to reduce disturbance and crippling of geese. A major achievement has been trust-building, dialogue and joint learning among stakeholders with different interests”.

Dr Jacques Trouvilliez, Executive Secretary of the African Eurasian Migratory Waterbird Agreement (AEWA), said: “In November 2015, AEWA has published new ‘Guidelines on Sustainable Harvest of Migratory Waterbirds’ delivered by the Waterbirds Harvest Specialist Group of Wetlands International. These Guidelines adopted by the 6th Meeting of the Parties to AEWA highlight the necessary flyway approach for waterbirds harvest management which is part of a socio-ecological system. Adaptive management is a powerful tool to secure the favourable conservation status of huntable species but the involvement of all stakeholders is essential for the success of the process. I am confident the European Goose Management Platform should demonstrate all the benefits of the adaptive management approach”.

The debate underlined the need to stay within the limits of the harvest quotas by implementing all the possibilities given by the Birds Directive, including harvest management at the flyway-level, adjustments to hunting periods, etc.

It was also decided to draft a Resolution to be agreed by the Members of the European Parliament Intergroup “Biodiversity, Hunting, Countryside”.

In conclusion, MEP Karl-Heinz Florenz stated that “It is important to understand that waterbird migration is a cross-border phenomenon. Adaptive harvest management provides a mean to manage populations which cause conflicts with certain human activities such as agriculture or aviation. This approach shows considerable potential to ensure effective conservation and management of Europe’s goose populations and should be developed further”.

The meeting was attended by Members of the European Parliament, Dr Michl Ebner, President of FACE, scientists and representatives from European hunting associations.