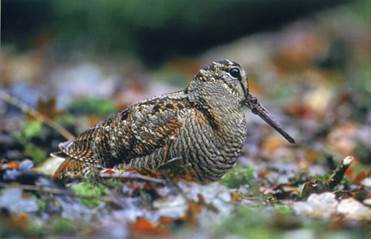 Posted at 10:43h in Nature Conservation by FACE 0 Comments
Share

Since 1995, the Hellenic Hunters Confederation has been conducting the program “ARTEMIS I”

“ARTEMIS I” aims to:

Monitor the status, population trends and population structure of game species in Greece
Acquire the necessary knowledge to achieve objective and rational management of game species
Evaluate all the management measures which have been applied during previous years
Confront the lack of scientific data on behalf of the state concerning hunting activity and game species population status
Disprove subjective data on the state of game populations and hunting in Greece that has been published by various sources.
For all the above reasons, the Hellenic Hunters Confederation (Κυνηγετική Συνομοσπονδία Ελλάδoς) had decided to launch the project “Artemis I” in order to fill this gap and develop the framework for correct and sustainable hunting management of game populations in the country. Since then, Artemis I has become a successful project among Greek hunters.

The project is led by the Hellenic Hunters Confederation (Κυνηγετική Συνομοσπονδία Ελλάδoς) with the collaboration of the seven Hunting Federations within the country and 255 Hunting Clubs. “ARTEMIS I” is carried out exclusively by hunters, who complete a statistical questionnaire with the daily results of all their hunting days during the whole hunting season.

Hunters obtain their questionnaires through their Hunting Clubs during the procedure of their annual license renewal, prior to the opening of the hunting season. A total of 13 variables are recorded during each hunting outing. The main ones are:

– Number of hunters per group

The annual cost for the implementation of “ARTEMIS I” is completely funded by the Hellenic Hunters Confederation based on the annual fees which Greek hunters pay for their hunting license. The direct costs for implementing the project are 30.000 € annually. The budget allows having a scientific team to coordinate the project which is made up from 3 main researchers, 2 trainees, and one academic professor as a head researcher of the study.

In periods when the evolution of the total national annual harvest indicated a decreasing trend in the population of a species, the Hellenic Hunters’ Confederation would propose to the Ministry to take measures, such as changing the hunting season for the species, reducing the bag-limit.

After 21 years of work, the results of “ARTEMIS I” have proven that:

Hunting in Greece is a sustainable activity: the annual value of the quotient harvested/observed individuals such as the Eurasian woodcock (Scolopax rusticola) has been remarkably stable during all of these years
It is the unique reliable source of information on all aspects concerning the hunting activity in Greece.