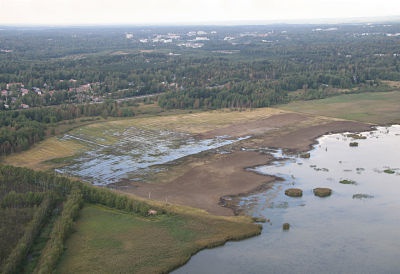 26 Oct 2016 THE PROJECT OF THE MONTH: RESTORING WETLANDS FOR BIRDS IN FINLAND

Posted at 10:56h in Nature Conservation by FACE 0 Comments
Share

The Lintulahdet Life project (Bird Bays Life) restored 12 wetland sites where 35 (Annex I) bird species come to rest or breed. Finnish local hunters succeeded in reducing the numbers of predators to improve nesting success in these areas. The project was carried out in the Uusimaa region and in Southeast Finland.

The project, which took place from 2003 to 2007, focused on the restoration and management of a number of important wetland for birds along the Gulf of Finland migratory flyway. The overall project area was approximately 3,630 hectares.

The active habitat management aimed to restore and diversify the wetland ecosystems. During the project, flood meadows and open water areas previously dominated by plants were cleared and the numbers of small predators were reduced by local hunters. The populations of invasive alien species, such as North American mink and Raccoon dog, were growing in the wetlands of Uusimaa region and in Southeast Finland due to an abundance of food; bird eggs, nestlings and adult birds were eaten by these species, and by other small predators.

The purpose was to reduce the numbers of these species in order to improve nesting success. With this goal, the game districts of Uusimaa and Kymi made hunting plans for the project areas, defining suitable hunting methods and procedures. North American mink and Racoon dog were targeted and management was intensified between February-April.

The outcome was monitored by counting waterbird and gull broods and due to the predator control, nesting was more successful in the areas where control was in place.