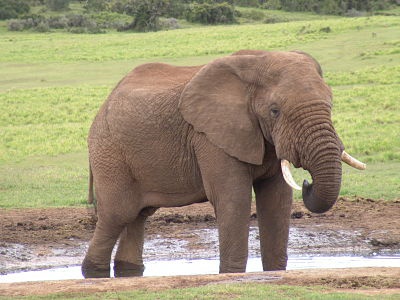 When the world’s largest wildlife trade summit concluded on 4 October 2016 in Johannesburg, South Africa, hunters could rejoice over a number of victories. FACE is pleased to see that its recommendations have been followed for practically all of our key issues as outlined in our Conservation Guide. This confirms that conservation through sustainable use and the important role of hunters are still at the core of CITES.

During two weeks, the 17th meeting of the Conference of the Parties (CoP17) to the Convention on International Trade in Endangered Species of Wild Fauna and Flora (CITES) gathered some 3,500 participants and 152 governments (Parties) to decide on many issues of relevance to international wildlife trade, including exports/imports of hunting trophies.

FACE’s Director of Legal and Public Affairs, Johan Svalby, in close collaboration with FACE’s partner organisations, Safari Club International (SCI) and the International Council for Game and Wildlife Conservation (CIC), participated as observer to ensure that hunters’ interests were properly taken into account in decisions by the Parties.

Resolution recognising the important role of trophy hunting for conservation

The Parties unanimously adopted an important resolution on trade in hunting trophies in which they recognise that “well-managed and sustainable trophy hunting is consistent with and contributes to species conservation, as it provides both livelihood opportunities for rural communities and incentives for habitat conservation, and generates benefits which can be invested for conservation purposes”.

FACE, having worked hard to achieve good language, is pleased about the outcome and strong signal in a time of increasing unscientific attacks on and misconceptions about trophy hunting by some interest groups in a number of Western countries.

Read more in the FACE press release on this topic.

The proposal to uplist the African lion (Panthera leo) as endangered with the implicit aim of preventing sustainable hunting was defeated. Instead, the lion was retained in Appendix II with the following annotations: zero quota of bones, similar parts and derivatives taken from the wild and traded for commercial purposes; and annual export quotas on lion bone specimens derived from captive breeding operations and traded for commercial purposes in South Africa.

FACE is satisfied with this outcome, which focusses on better regulating commercial aspects of lion bone trade, while not negatively affecting lion conservation through hunting. Importantly, the best available science indicates that the species does not meet the biological criteria for uplisting. The population is increasing in Southern Africa where trophy hunting is carried out. Moreover, 28 lion range states stated in May 2016 that decisions leading to a hunting ban would damage lion conservation.

The attempt to list all populations of the African elephant (Loxodonta africana) on Appendix I was defeated. If the uplisting had succeeded, it would have made trophy shipments difficult to impossible from all countries.

Parties decided to downlist the Mountain zebra (Equus zebra zebra) from Appendix I to Appendix II, noting the success story of its conservation and sustainable use.

Faced with an increasing population in recent years and a strong harvest management, Parties agreed to de-list the Wood Bison (Bison bison athabascae) from Appendix II.

A proposal from Georgia and the EU to list the Tur (Capra caucasica) in Appendix II was adopted. Initially, the proposal also included a zero quota for hunting trophies (which would have equalled to a hunting ban). However, the zero quota was dropped after resistance from a number of Parties, including Canada, the US and Russia. The latter being a range state, expressed that hunting is a strong incentive for conservation. FACE, agreeing that hunting constitutes an important conservation tool for this species and having called for the zero quota for hunting trophies to be dropped, was satisfied with the outcome.

Canada’s proposal to transfer the Peregrine falcon (Falco peregrinus) from Appendix I to Appendix II was rejected after a rather intense debate. Despite the fact that the IUCN/TRAFFIC Analysis held that the Peregrine falcon does not meet the biological criteria for inclusion in Appendix I and that existing international instruments and stakeholder engagement are effective in supporting regional and global efforts for conservation, the proposal was rejected. The main argument held against downlisting, as expressed by for example the EU, was concern that it may exasperate illegal falcon capture in range states that have different enforcement capacities. The US, supported by Japan, Mexico and IUCN, on the other hand, supported downlisting. FACE regrets the outcome and the missed opportunity to appropriately respond to the conservation success in the restoration of this species. Moreover, FACE agrees with the IUCN/TRAFFIC observation that there is already a well-established captive-breeding trade which is able to largely satisfy current market demands.

The CoP17 took further steps in recognising the critical links between CITES decisions and rural communities. Given the impact that CITES outcomes can have on rural livelihoods, many Parties argued that those living with and managing wildlife on the ground deserve louder voices in CITES decision-making processes. FACE welcomes this development and will continue to push for a greater participation of rural communities in the development and implementation of CITES-related policies.

CITES CoP18 will be held in Sri Lanka in 2019. FACE and its partners will continue to work to ensure that the overall positive recognition of hunting and conservation taken by Parties during this CoP17 is reinforced during the next CoP18.