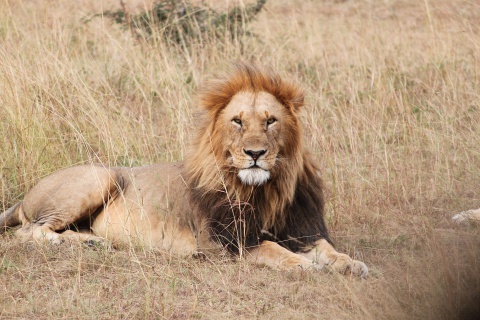 Should sustainable lion and elephant hunting be restricted or banned? Or should the world community better build on the success stories of legal hunting as a tool for wildlife conservation and poverty reduction? These and many other issues are up for discussion when the world’s largest wildlife trade summit is to be held from 24 September to 5 October in Johannesburg, South Africa.

CITES, which stands for the Convention on International Trade in Endangered Species of Wild Fauna and Flora, has 183 participating countries, including the EU and its 28 EU Member States.

Although decisions under CITES are supposed to be taken on purely scientific grounds, in practice it is no secret that the Convention has long-since turned into an ideological battle ground where well-funded anti-hunting organisations lobby Parties to propose as many restrictions as possible on hunting and other wildlife use. This years’ meeting in Johannesburg is no exception.

Chad and seven other African countries have proposed to list the African lion as endangered with the implicit aim of preventing sustainable hunting. The analysis of TRAFFIC – a joint programme of the world’s largest conservation organisation, the International Union for Conservation of Nature (IUCN) along with the World Wildlife Fund (WWF) as well as the recommendations of the CITES Secretariat speak against this proposal. The lion simply does not meet the criteria for such listing. Importantly, in the midst of a poaching crisis, removing the important incentives and revenues provided by legal hunting to local communities to conserve populations and fight against illegal killing would constitute a detrimental blow and cause serious declines of the populations.

The African elephant is subject to a similar restrictive proposal by a group of countries led by Kenya. They seek to list all African populations as endangered again. It is noteworthy that Kenya, as a result of banning its domestic trophy hunting in the 1970s, has lost between 60 and 70 percent of its wildlife. However, that does not seem to prevent Kenya from trying to impose the same old failed recipe on other African range states, some of which, unlike Kenya, have a successful track-record of conservation through legal hunting, such as South Africa and notably Namibia. The latter’s elephant population has more than doubled from 7,500 in 1995 to over 20,000 in 2014 as a result of conservation-based hunting.

The EU has proposed new “recommendations” on Appendix II and I-listed hunting trophies to be discussed at the Johannesburg meeting. In addition to containing language indicating that the “recommendations” would in fact constitute an agreement between the Parties, there are a number of other issues with this document.

First, the draft text suggests the introduction of a new requirement under CITES, namely that trophy hunting produces “tangible conservation benefits”. Today a non-detriment finding is largely sufficient, meaning that the scientific authorities must establish the absence of negative effects on the species as a result of the hunt.

FACE holds the view that it is not acceptable that such a stricter biological criterion and problematic burden of proof, which finds no support in the text of the CITES Convention, should be introduced in range states in Africa and Asia. Especially as the EU’s own domestic nature conservation legislation does not provide for such a requirement for the management of strictly protected species in the Union itself, for example with regards to lethal management options such as hunting. It seems as an exercise in double standards, in other words! There is a more reasonable counterproposal by South Africa that could settle this issue.

Another element of the EU proposal is to make the issuance of export permits mandatory for all Appendix II species. Although this would have no effect in practice in relation to EU hunters importing trophies, as such export permits are already mandatory under EU law, the proposal would have negative effects elsewhere. For example it would nullify a 16-year-old agreement between Canada and the US that allows certain exemptions for the export of some 8000 black bear annually between these countries. FACE agrees with its associate member the Safari Club International (SCI) that the EU proposal would lead to unnecessary workloads and additional costs for American hunters and authorities while adding almost no benefit to bear populations.

The busy agenda of the Johannesburg meeting contains several other important issues, such as ensuring better involvement of local communities in conservation of wildlife, strategies to combat wildlife crime and the scientifically-warranted downlisting or delisting of some species that no longer meet the criteria for their current listing, such as Canada’s proposal to transfer the Florida Puma and Eastern Puma from Appendix I to Appendix II as well as Canada’s proposal to delete the Wood Bison from Appendix II. FACE supports these proposals and believes that inclusive sustainable use policies constitute the answer to the challenges facing wildlife globally.

FACE will be present in Johannesburg along with its close allies and partners such as the Safari Club International (SCI) and the International Council for Game and Wildlife Conservation (CIC). Together these organisations will defend and promote hunting as a tool for wildlife conservation, notably by highlighting the important revenues and incentives it provides to communities to conserve wildlife locally and to engage in the fight against poaching and illegal trafficking.

More information can be found here